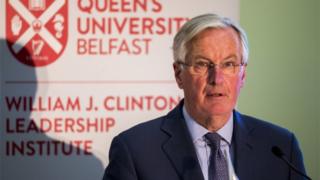 New checks on goods entering Northern Ireland from Great Britain are an 'indispensable' consequence of the Brexit deal, Michel Barnier has said.

The Brexit deal means Northern Ireland will follow EU rules on agricultural and manufactured goods - the rest of the UK will not.

This means some new checks and processes for goods moving between Northern Ireland and other parts of the UK.

Mr Barnier made the comments at Queen's University, Belfast, on Monday evening.

Earlier on Monday he met with Taoiseach (Irish Prime Minister) Leo Varadkar, who warned that reaching agreement would become harder if the UK sought to diverge from EU rules.

The nature and extent of any checks will only become clear near the end of a one year transition period which expires at the end of 2020. Image copyright PA Media Image caption Michelle O'Neill, Michel Barnier and Diane Dodds met at the seat of the Northern Ireland Executive

Mr Barnier said: "In agreeing to the protocol, the UK has agreed to a system of reinforced checks and controls for goods entering Northern Ireland from Great Britain.

"I understand the fears of negative economic fallout expressed by some about these checks.

"But Brexit unfortunately has consequences that we must manage."

Mr Barnier said he is waiting for clarity from the UK about how it intends to diverge from EU rules and standards after Brexit.

Last week, Chancellor Sajid Javid said the UK would use the power to diverge from the EU only when it was in the interests of business.

Those remarks clarified earlier comments when the chancellor said there would not be alignment with the EU after Brexit and firms must "adjust" to new regulations.

Mr Barnier said that when the UK talks about divergence it is not clear where or by how much, it wishes to diverge:

• on standards relating to the safety and quality of products

• or on those relating to fair competition

He added: "It is not clear to me whether, when the UK leaves the EU and the single market, it will also choose to leave Europe's societal and regulatory model.

"That is the key question, and we are waiting for an answer. Because that answer will be key for our future relationship." 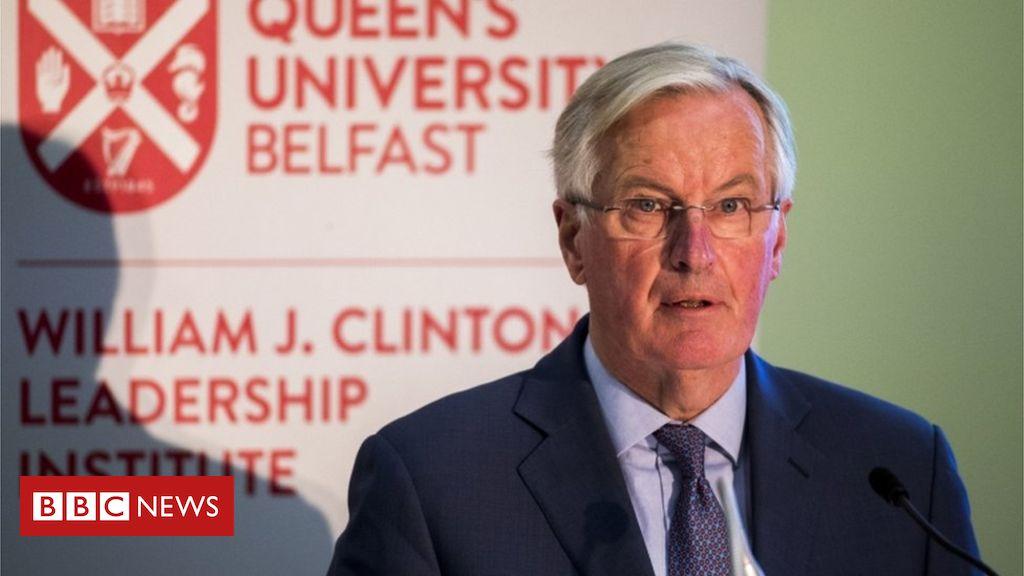