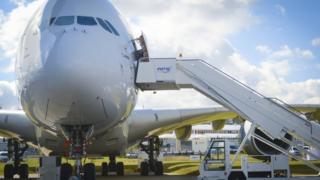 Airbus says it has agreed a settlement with French, British and US authorities following lengthy investigations into allegations of bribery and corruption.

In a statement, the European planemaker said the deal was subject to approval by courts in the three countries.

The allegations have centred on the use of middlemen in plane sales.

Details have not been revealed, but reports suggest that Airbus - based in Toulouse in south-west France - could pay more than €3bn (£2.5bn) in fines.

"Airbus confirms that it has reached agreement in principle with the French Parquet National Financier, the UK Serious Fraud Office and the US authorities," the company said in a statement.

The UK's Serious Fraud Office (SFO), and later its French counterpart, opened investigations into Airbus after the firm reported itself in 2016.

The SFO opened its investigation in August of that year into allegations of "fraud, bribery and corruption" in the civil aviation business of Airbus.

The firm employs more than 130,000 people globally, including about 10,000 in the UK. It asked the regulator to look at documentation about its use of overseas agents.

In the run-up to the SFO's investigation, UK, French and German authorities froze export credit applications by Airbus, but reversed that decision in 2018.

Export credits are used by many governments to support exporters, often by giving their backing to bank loans offered to overseas buyers of UK products.

In the past, they have proved useful in giving cash-strapped airlines the ability to afford new Airbus planes.

The investigations followed concern that Airbus had failed to disclose the use of middlemen in such deals.

The US also requested information from the UK and French investigations, amid suspicions that arms export rules could have been violated.

These settlements are likely to prove expensive for Airbus, but even so, there's likely to be a fair amount of relief in the boardroom in Toulouse.

Such deals mean the company will be able to avoid potentially messy prosecutions over its use of middlemen, or "third-party consultants", in securing aircraft contracts - as well as over possible breaches of US arms sales regulations.

Since the first investigations began four years ago, Airbus has been quietly restructuring its sales operations, ending its relationships with many third parties.

There has also been a changing of the guard at the top of the company, with former chief executive Tom Enders and chief operating officer Fabrice Brégier both leaving last year. Long-standing sales chief John Leahy had already departed.

Mr Enders had been criticised for his handling of the corruption allegations. Now his successor, Guillaume Faury, can face the future without that millstone around his neck. He can focus on rebuilding the company's reputation - and any mistakes can be laid firmly at the door of the "ancien régime". 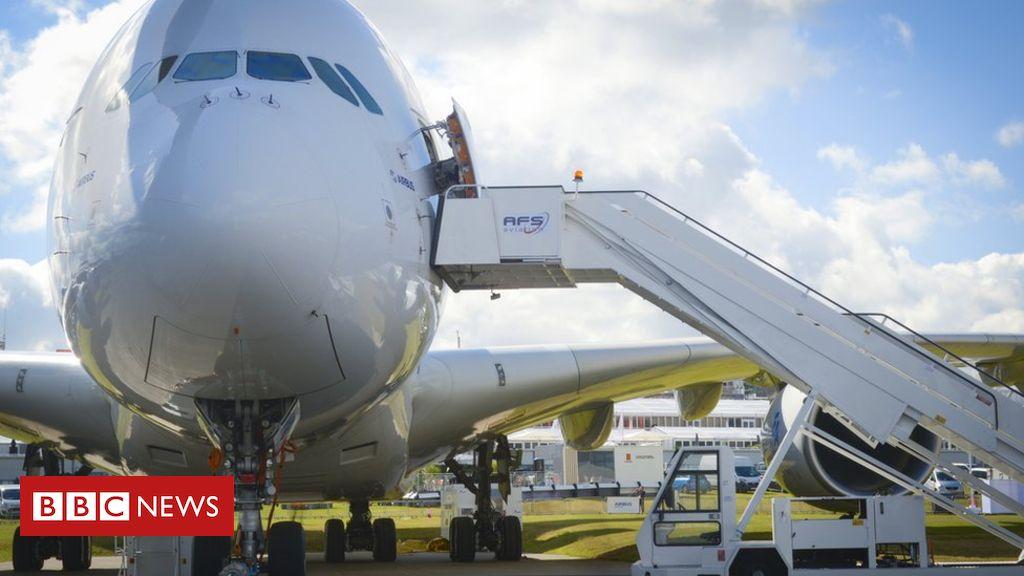