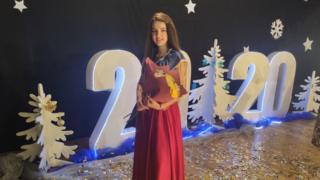 Image copyright Khabarovsk government website Image caption Tatiana Ostapenko won the trip, but is having second thoughts because of the coronavirus

There's dismay and mockery online after the winner of a beauty contest in Russia's Far East received a trip to China as her prize.

Tatiana Ostapenko became "Tatiana of the Year" in Khabarovsk, a region that borders China, but social media users argued that now may not be a particularly good time to go there because of the coronavirus outbreak.

The contest was held to mark Tatiana Day, a holiday marked by students in Russia on 25 January.

The Khabarovsk regional government's website announced that Miss Ostapenko would see "Far Eastern holy sites of military glory" as part of her trip.

This is despite another article on the website advising on the same day against visiting China at the moment. "If you can, delay such trips. This will be your best defence against the infection," it said.

"Looks like the prize was chosen by her competitors," said one comment on Russia's most popular social network. She'll be "risking her life", said another.

The Pacific National University, where Miss Ostapenko is studying and which hosted the beauty contest, posted an update saying that "she will get another prize if the coronavirus situation does not change by spring".

Miss Ostapenko herself is still considering the offer to visit China.

"It was a pleasant surprise to win", she told the BBC. But, she went on, "I'll have a think about the trip once the organisers tell me when exactly it's meant to be."

There are currently no confirmed coronavirus cases in Russia, but a Health Ministry official said it was likely to make it across the border by mid-February.

Use #NewsfromElsewhere to stay up-to-date with our reports via Twitter. 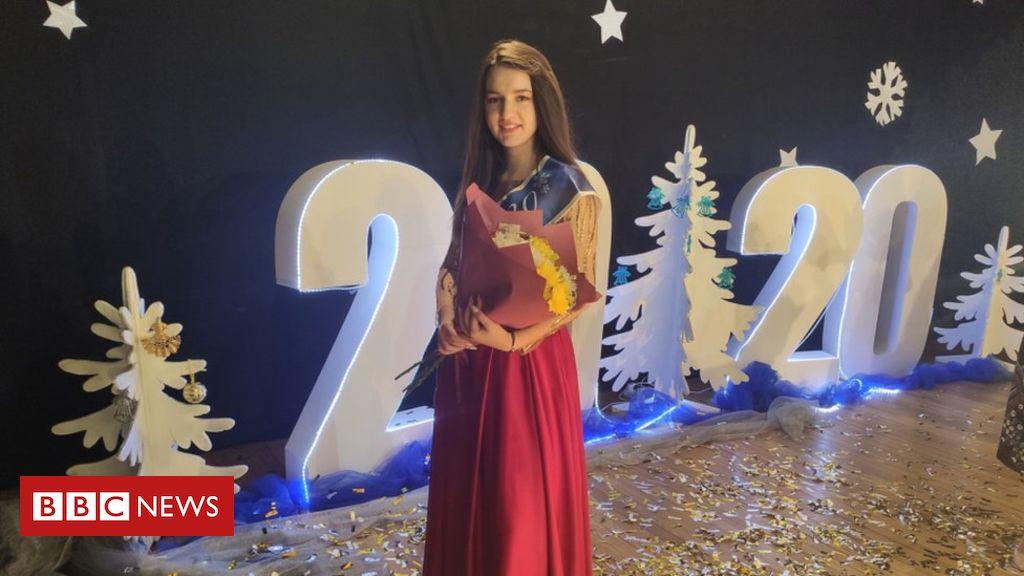