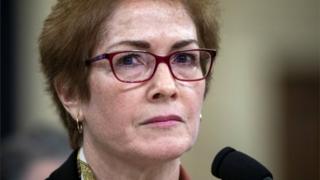 The former US ambassador to Ukraine - a central figure in the impeachment proceedings against President Donald Trump - has retired from the foreign service, US media report.

Marie Yovanovitch was recalled last May after being accused of being disloyal to Mr Trump. She denies the claims.

She gave evidence at the hearings which led to Mr Trump's current trial in the Senate over his Ukraine policy.

The president is likely to be acquitted by loyal senators on Wednesday.

The two charges that led to his impeachment by the lower House of Representatives are abuse of power and obstruction of Congress.

The first charge relates to an accusation that Mr Trump withheld US military aid to pressure Ukraine into investigating a Democratic political rival, Joe Biden.

The second stems from an allegation that he purposefully obstructed the Congressional impeachment investigation.

The president has repeatedly dismissed the inquiry as a "hoax" and a "witch-hunt".

Why was Marie Yovanovitch fired?

No details have been given about Ms Yovanovitch's retirement after 33 years of diplomatic service.

At the impeachment trial in November, Ms Yovanovitch testified that she was fired from her role as the American ambassador to Kyiv in May over "false claims" by people with "questionable motives".

She said her anti-corruption efforts had incurred the ire of influential Ukrainians who sought to remove her.

Ms Yovanovitch said she was shocked that her enemies appeared to find allies in the Trump administration, including the president's personal lawyer, Rudy Giuliani.

The former envoy's supporters say she was also smeared by US conservative media voices.

In an interview with Fox News' morning show in November, Mr Trump accused Ms Yovanovitch of being disloyal by refusing to hang his photo in the US embassy in Ukraine.

"She said bad things about me, she wouldn't defend me, and I have the right to change the ambassador," he said. 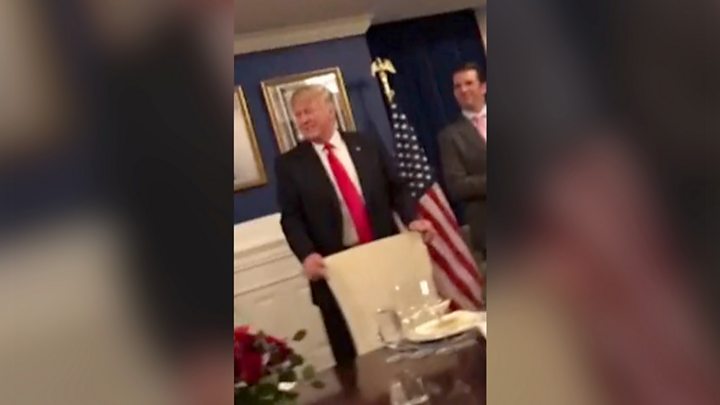 Media playback is unsupported on your device
Media captionMr Trump is heard saying "Get rid of her!" in footage from 2018

In footage that emerged from April 2018, Mr Trump can be heard saying "Get rid of her!" - appearing to refer to Ms Yovanovitch - at a dinner with a group of donors in Washington.

In her testimony, Ms Yovanovitch said the allegation that she was disloyal to Mr Trump was false.

Why is Congress investigating Trump?

The president is alleged to have withheld millions of dollars' worth of military aid to pressure Ukrainian President Volodymyr Zelensky into starting a corruption investigation into Democratic rival Joe Biden, and his son Hunter.

At the heart of the impeachment inquiry is a phone call on 25 July 2019 between Mr Trump and Ukraine's then newly-elected president.

Mr Trump's critics say this alleged political pressure on a vulnerable US ally amounted to abuse of power.

Secondly, after the White House refused to allow staff to testify at the first impeachment hearings last year, Democrats accused Mr Trump of obstructing Congress in its inquiry. 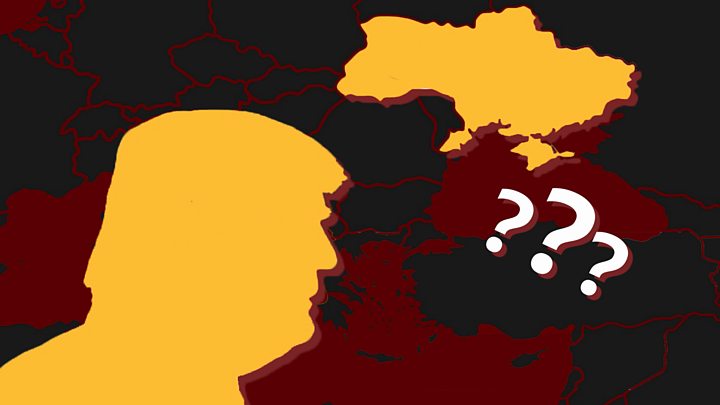 Media playback is unsupported on your device
Media captionWhat's Ukraine got to do with the Trump impeachment?

Mr Trump has denied any wrongdoing and his legal team say the "flimsy" charges are a "dangerous perversion of the Constitution".