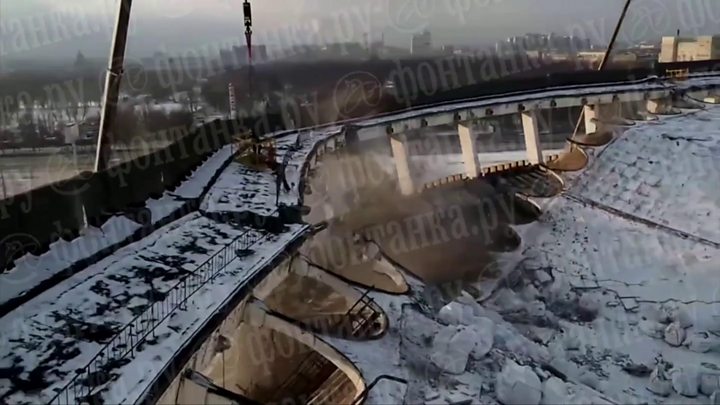 A demolition worker has been killed when a sports complex roof collapsed prematurely in the Russian city of St Petersburg, officials say.

Dramatic drone footage shows the man with a blow torch cutting through metal supports at the SKK Peterburgskiy when the massive structure disintegrates.

He is seen trying to scramble to the safety of a cage suspended from a crane, but does not appear to make it.

The body of a 29-year-old man was found later in the rubble.

The man was one of four employees cutting metal cables to dismantle the roof of the sports and concert complex.
Image copyright EPA Image caption This was the scene outside

Aleksey Anikin, head of the emergencies ministry in St Petersburg, said the other three workers were alive and being questioned by investigators.

The SKK Peterburgskiy, which was opened in 1980, has hosted concerts and various sports events.

It is being reconstructed to host the Ice Hockey World Championship in 2023. 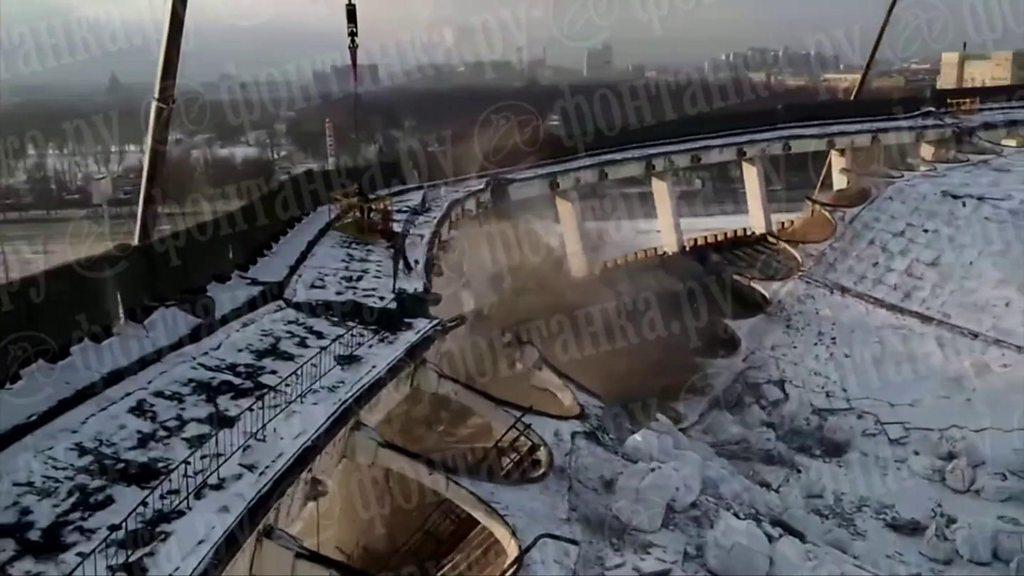