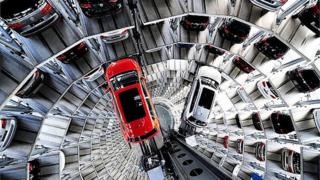 The eurozone economy of 19 European Union countries barely grew at all in the final quarter of last year.

A first official estimate puts economic growth in the region at 0.1% during the three months to the end of December 2019.

Two of the eurozone's largest economies shrank in the period: France by 0.1% and Italy by 0.3%.

However, the jobs market was in better shape, with the number of people unemployed falling by 34,000.

No separate figures for Germany have been published yet. But Claus Vistesen of Pantheon Macro says that on the basis of the data released so far, growth in Europe's largest economy was about 0.2%.

Among those that have published their own national data, Spain is the strongest, continuing the pattern of a relatively robust rebound after its financial crisis.

But the overall picture is downbeat.

In France, the decline reflected companies selling from their stocks of goods, rather than producing new ones, and also a fall in exports.

Trade tensions and the impact they have had on exports have been a recurrent problem, dampening economic performance in a number of countries, notably Germany, since US President Donald Trump took office. Strikes and protests over pension reform were also a factor in France.

The eurozone has been supported ever since the regional financial crisis by the policies of the European Central Bank (ECB).

It has very low interest rates, one of which is currently below zero, and for much of the time, has pursued a policy of quantitative easing, buying financial assets with newly created money.

The weak growth figures suggest the end of those unusual policies is still some way off.

The ECB has a target of inflation below, but close to, 2%, and one of the reasons it has maintained such low interest rates has been because it considers inflation has been too low.

Other figures just published show the headline inflation rate rose slightly in January to 1.4%. But the underlying rate, which excludes volatile energy and food prices, slipped to 1.1%.

The more encouraging news was a decline in unemployment. At 7.4%, it is the lowest since May 2008.

There are some very wide variations between countries. But even those with the highest unemployment rates - notably Greece and Spain - have seen huge falls since the eurozone crisis was at its height. 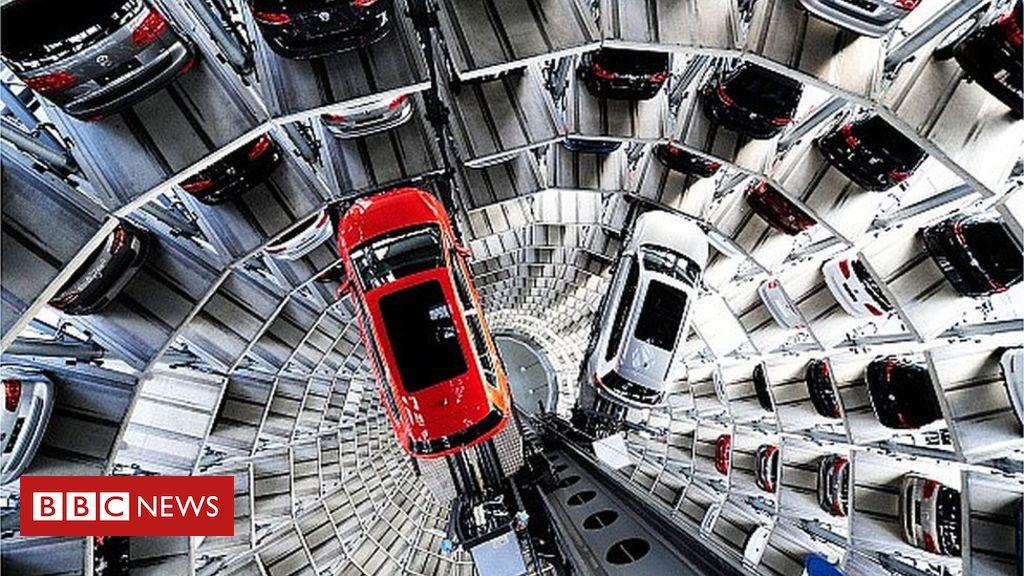