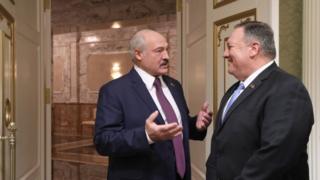 US Secretary of State Mike Pompeo has told Belarus that Washington can provide it with all the oil it needs.

Belarus is currently in a row with main ally Russia about oil supplies.

No US secretary of state has visited Belarus for more than 25 years, due to frosty relations with authoritarian ruler Alexander Lukashenko.

Ties have improved in recent years, as relations between Belarus and Russia soured. But Mr Pompeo stopped short of lifting sanctions on top officials.

The sanctions were imposed in 2006 amid concerns about the fairness of elections and rights violations.

The then US Secretary of State Condoleezza Rice described Belarus as Europe's last dictatorship.

Near neighbours Belarus and Russia have been in a loose economic union since the 1990s but Russia has been pressuring Belarus for closer integration, and the two countries recently failed to agree an oil supply contract for 2020.

However, after a meeting with Belarusian Foreign Minister Vladimir Makei in Minsk, Mr Pompeo suggested that the US could provide Belarus with oil at "competitive prices".

"We're the biggest energy producer in the world, and all you have to do is call us," he said.

"Your nation should not be forced to be dependent on any one partner for your prosperity or for your security."

He said he expected the two countries to exchange ambassadors soon, but there was still "work to do" before sanctions could be lifted.

"The US prioritises respect for human rights, a strong civil society and freedom of the press in every corner of the world. Further progress in those areas is the only path towards lifting sanctions," Mr Pompeo said.

But he said he was aware of the "history" between Belarus and Russia, and was not suggesting that Belarus had to choose between Washington and Moscow. 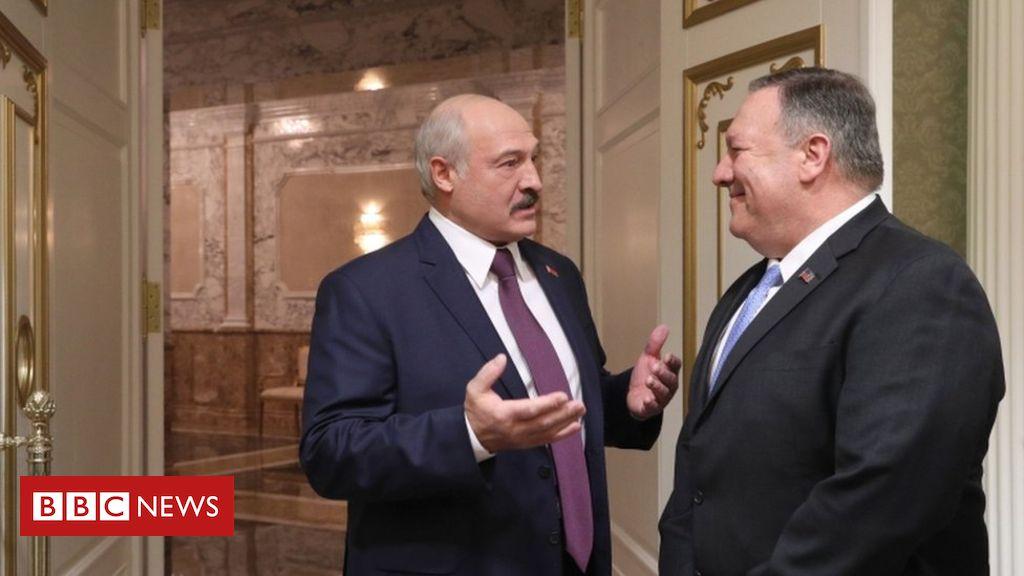