Image copyright Reuters Image caption All 176 people on Ukraine International Airlines flight PS752 died when Iranian missile fire hit the plane Iran has ceased co-operation with Ukraine in its investigation into the downing of Ukrainian passenger jet PS752 by Iranian missiles on 8 January. It comes after Ukrainian TV aired a leaked exchange between an Iranian pilot and air traffic control, apparently recorded at the time. The pilot allegedly states he saw a flash in the sky, similar to missile fire, and then an explosion. Iran initially denied responsibility for the downing, which killed 176. At the time Iran was on high alert, having fired ballistic missiles at two US bases in Iraq in retaliation for the killing of top Iranian general Qasem Soleimani in a US drone strike in Baghdad. "We will no longer provide any documents to the Ukrainians," the head of the Iranian investigation team Hassan Rezaeifar told the Iranian news agency Mehr on Monday. * * * Ukrainian President Volodymyr Zelensky said the new evidence proved that Iran knew from the very first moments that the Ukraine International Airlines flight was brought down by a missile. Media playback is unsupported on your device Media captionPedram Mousavi, Mojgan Daneshmand, and their two daughters were all passengers on flight PS752 Following the incident, Iran agreed to co-operate in investigating with "foreign experts". "There are clearly tensions over the conduct of the investigation," the BBC's correspondent in Ukraine Jonah Fisher explained. "Ukraine wants to look at the black box flight recorders. Iran has been stalling for weeks and is insisting on trying to extract the information in Tehran." What's in the leaked recording? The recording is of a conversation between an Iranian pilot who was landing shortly after the doomed Ukrainian passenger jet took off, and the control tower in Tehran. In an audio clip published by a Ukrainian YouTube channel, the Aseman Airlines pilot says he is seeing lights in the sky ahead that look like they're from a missile. * A male officer in the control tower is then heard trying to contact the Ukrainian plane several times, without success. After a few minutes, the Iranian pilot tells the control tower he has just seen a "big light from an explosion". 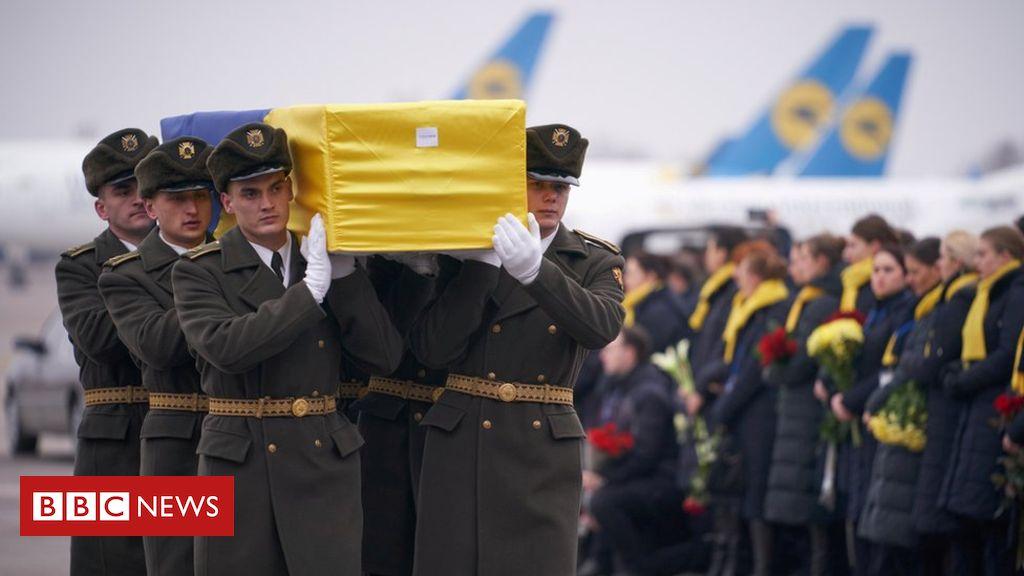