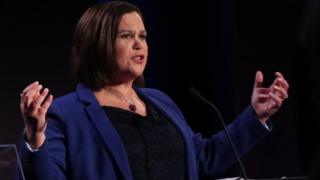 Sinn Féin had asked to be included in the debate.

With days to go to the general election in the Republic of Ireland, a Sunday Business Post/Red C poll put Sinn Féin joint top, level with Fianna Fáil.

In a statement, RTÉ said it was "mindful it has a duty to the public to reflect events as they unfold".

A spokesperson said: "During the course of the campaign and over recent days RTÉ has taken into consideration the notable change in the dynamic of the campaign on the ground, and representation and statements by political parties. Image copyright Ronald Grant Image caption Leo Varadkar is the current Taoiseach (Irish prime minister)

"The dynamic has also been consistently reflected in all opinion polls since the campaign commenced.

"We now consider it necessary to amend our original approach, respond to the changes in the campaign, and continue to put the audience first in the making of Tuesday night's programme," said the statement."

Leo Varadkar is fighting to win a third successive term in government for his party, Fine Gael.

Mr Varadkar welcomed the decision to include Ms McDonald in the debate.

Speaking to RTÉ News in Limerick on Monday evening, the Fine Gael leader said it would provide an opportunity to "scrutinise the party's policies".

He is being challenged by the leader of Fianna Fáil, Micheál Martin.

Sinn Féin, led by Mary Lou McDonald, goes into the election as the third largest party.

RTÉ's Prime Time debate will take place on Tuesday 4 February and the election is scheduled for Saturday 8 February. 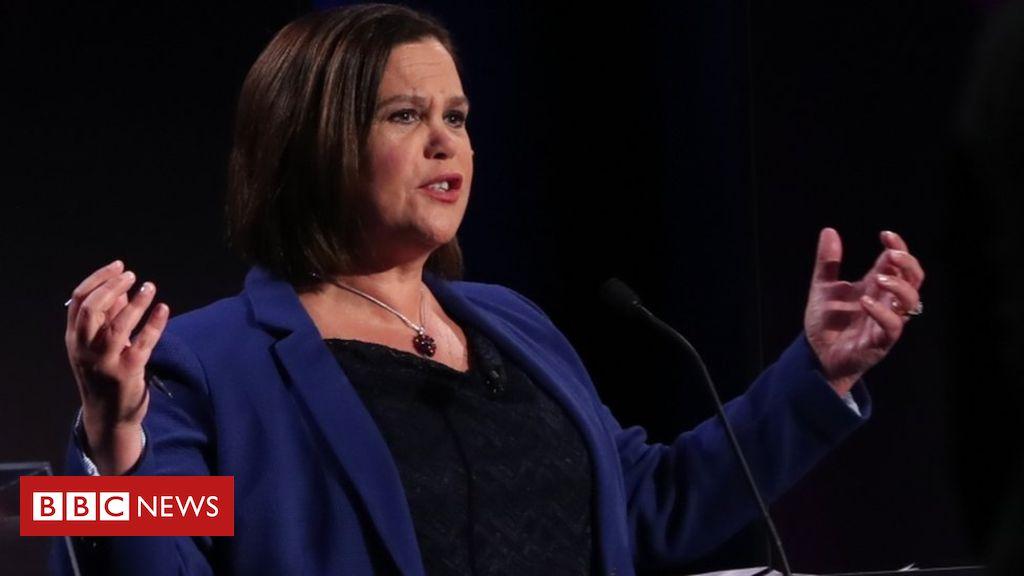