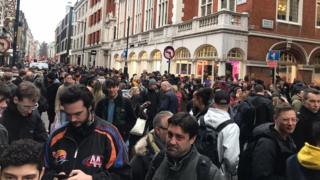 Image caption Hundreds of people were evacuated from properties across Soho

Police were called to Dean Street at about 13:50 GMT after the ordnance was discovered during building work.

Soho Hotel, the Soho Theatre and the Groucho Club were all evacuated.

A police cordon was put in place between Oxford Street, Charing Cross Road and Shaftesbury Avenue.

Shortly after 17:30 the Met Police said the cordon would be scaled back to just Dean Street.

Musicals including Mary Poppins at the Prince Edward Theatre, and Les Miserables at the Sondheim Theatre, are all going ahead as planned, the Delmont Mackintosh theatre group has said.

Singer and author Tracey Thorn has had to cancel a book signingat the Groucho Club.

Videos on social media showed groups of people fleeing buildings in Soho, which is home to some of the capital's most popular bars, restaurants and theatres.

Tourists have been pushed back from the area and were told to disperse. 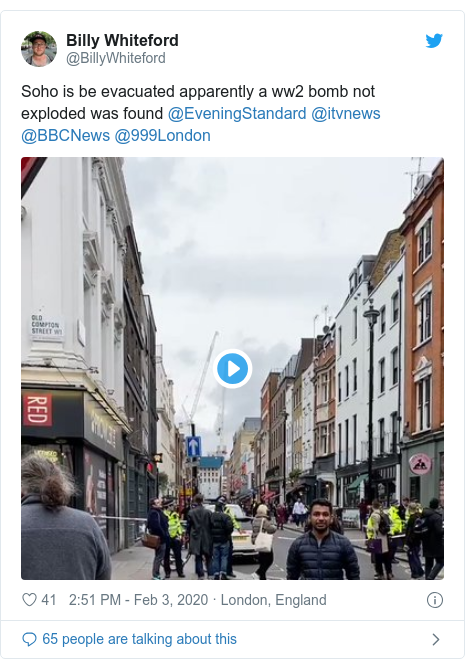 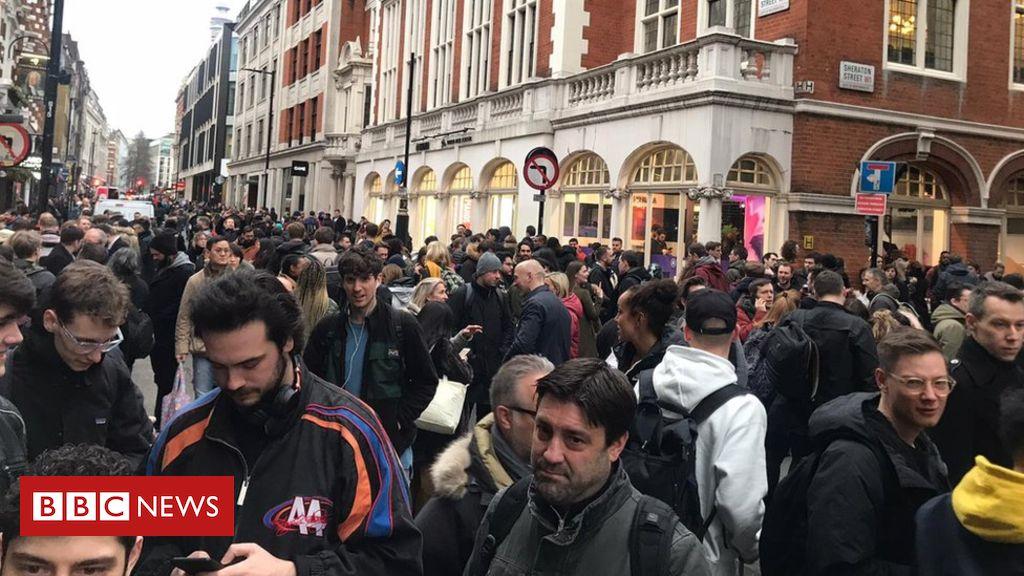