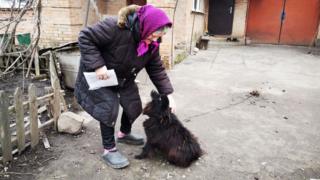 Pictures of dogs flooded Ukrainian social media after an MP advised a pensioner to sell her pet, so she could pay her utility bills.

The shaggy dog story began on Friday when Lyubov Kolyucha, 66, called in to the 112 Ukrayina TV channel, to complain that her small pension of 2,000 Ukrainian hryvnias ($79; £61) was not enough to live on.

But MP Yevgeniy Brahar's suggestion about how to raise the money led to jokes and memes, including one stating: "First they came for the dogs, and I did not speak out. Because I was not a dog."

Mr Brahar, 25, of the ruling Servant of the People party, later apologised on his Facebook page, saying he was a "novice in politics".

Together with the host of the political phone-in, Mrs Kolyucha calculated that - after she had paid her gas bill - there would be nothing left.

In fact, she would still be in debt.

Gas prices for the people of Ukraine have increased 10 times since 2014, while four out of five retired Ukrainians receive a pension of less than 3,000 hryvnias ($119; £92) per month.

But during the programme, Mr Brahar expressed doubts about the extent of Mrs Kolyucha's poverty.

"If she has [a dog] of an elite breed, she can sell it ... and easily pay [the bills]," Mr Brahar said on air. Image copyright Valeriy Lebid Image caption Lyubov Kolyucha was not impressed by the MP's response to her situation

One user showed several pictures of concerned pups, with the caption: "When MP Brahar advised a pensioner to sell her dog to pay for utilities". Another said on Facebook: "The dog refuses to come outside. He's locked himself in the toilet and demands we first show him the paid utility bill for the last month."

Opposition party MP Iryna Friz used the Ukrainian-language hashtag #Iwontsellmydog - calling on her followers to post pictures of their pets.

The following day, the deputy head of the Servant of the People parliamentary faction, Yevheniya Kravchuk, said on Facebook that Mr Brahar's remarks were "absolutely indecorous" and apologised to the public for his words. "If one cannot handle live talk shows, one should stick to drafting bills," she added.

Mr Brahar finally apologised for his words. "I am a novice in politics and have not yet learned how to answer sensitive questions. I apologise to anyone who may have been offended by my words," he wrote on his Facebook page. Image copyright Valeriy Lebid Image caption Lyubov Kolyucha has no plans to sell her pet

She revealed that her dog - a 14-year-old blind mongrel - was called Sharik and that she had no plans to sell him.

Responding to Mr Brahar's response to her complaint about her small pension, she believed he had embarrassed himself.

"I would tell him to sell his brain! One has to think first who, where and what to say," she said. 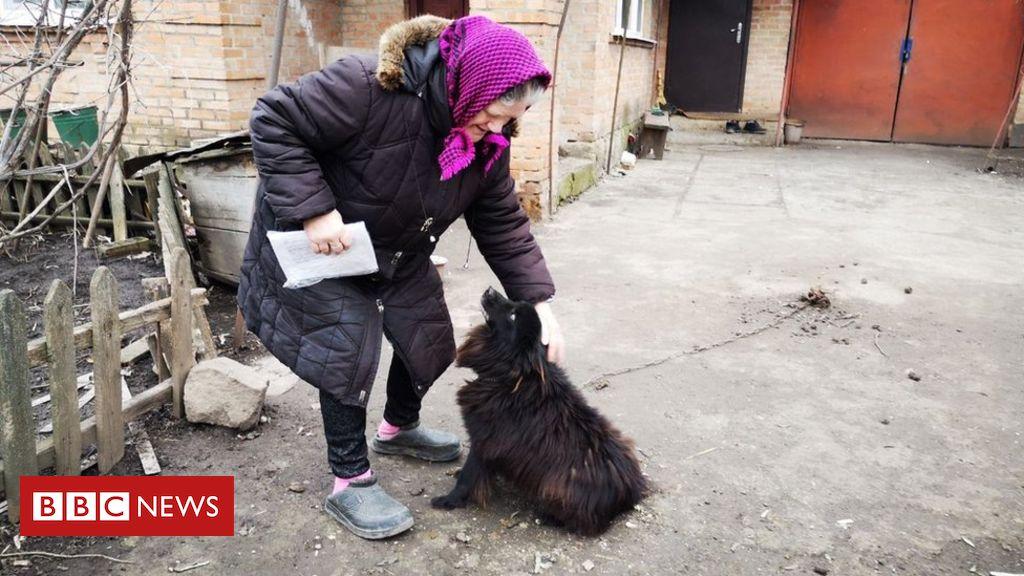