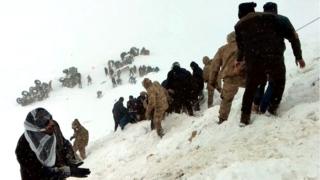 Twenty-six people have been killed and dozens more trapped after a second avalanche struck a mountainside in Turkey, officials say.

About 300 rescue workers were at the site, near the eastern border with Iran, dealing with an earlier avalanche on Tuesday that killed five people.

More than 50 people were believed to be trapped in vehicles in the area following the incident on Wednesday.

Pictures from the scene show people being carried away on stretchers.

According to Turkish newspaper Hurriyet, the governor of Van province Mehmet Emin Bilmez said police officers, security guards, a firefighter and a number of civilians were among the dead.

Search and rescue efforts are ongoing. The interior ministry said 30 people had been pulled from the snow so far, according to Anadolu news agency.

The number of dead or injured could reportedly rise further.

Soldiers and locals from nearby Bahcesaray joined the rescue efforts, which were being hampered by fog and snow, Turkish broadcaster NTV reported.

As well as the five killed, two people remain missing after the first avalanche on Tuesday, which buried a minibus and a vehicle that was being used to clear snow.

A construction worker who was caught in the snow on Tuesday evening managed to escape and raise the alarm. 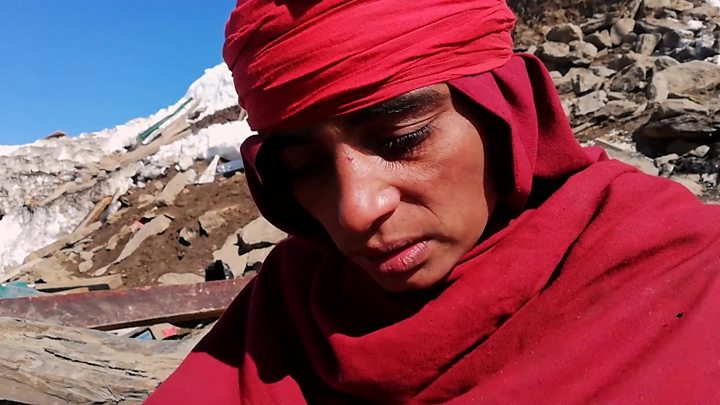 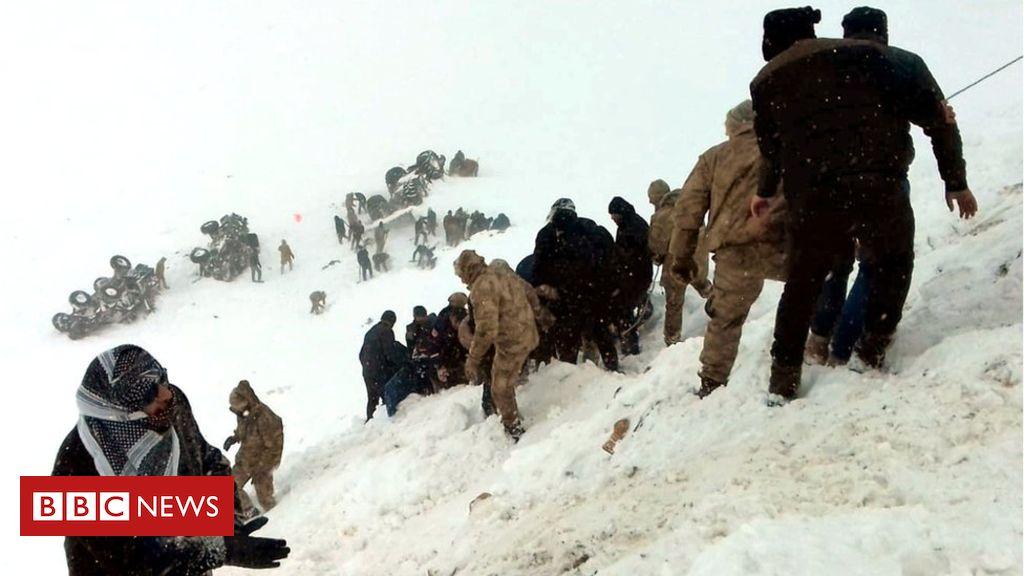