Image copyright Getty Images Image caption There have been protests, such as this one last month in Warsaw, against the judicial shake-up A Polish judge who challenged the conservative government's changes to the judiciary has been suspended and hit by a 40% salary cut. But the EU's top court has questioned the political independence of the body that suspended Judge Pawel Juszczyszyn. It is the latest twist in a long-running battle between Poland's ruling Law and Justice (PiS) party and the EU Commission, which accuses PiS of undermining the independence of judges. PiS says legal reform is long overdue. Opposition MPs said the judge's suspension amounted to "political persecution" of someone who was merely applying EU law, the BBC's Adam Easton reports from Warsaw. There have been street demonstrations against the government's legal changes and defending judicial independence. EU dispute Mr Juszczyszyn was apparently punished for demanding that parliament provide a list of people who supported candidates to the National Council of the Judiciary, the newly politicised body that chooses Poland's judges. But of that council and a newly created disciplinary chamber - the body that suspended Mr Juszczyszyn. Parliament, dominated by PiS members, refused to publish the list demanded by Mr Juszczyszyn, citing personal data protection laws. And last month Poland's Supreme Court said hundreds of judges chosen under the new rules were not sufficiently independent and should no longer hear cases. * * Before PiS changed the law in 2018 the process of selecting judges was in the hands of other judges. PiS decided to let the lower house of parliament (the Sejm) choose members of the selection body, that is, the National Council of the Judiciary. The government says judges have no right to question the legitimacy of their peers because it would create legal chaos. Europe's top human rights watchdog, the Council of Europe, has also , arguing that they give the justice ministry too much influence over court decisions. 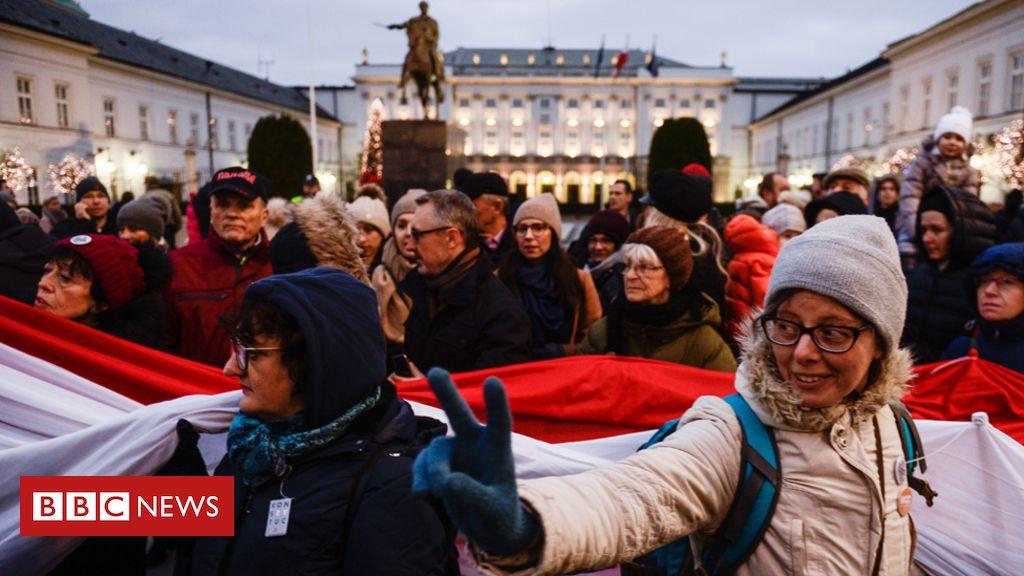