Image copyright Znak.com Image caption The video prompted speculation that Mikhail Astashov got the job to fund his participation in competitions A Russian para-athlete who started working as a food delivery courier has unwittingly put state support for athletes with disabilities under the spotlight amid speculation that he is trying to raise money to participate in sporting events. showing Mikhail Astashov, who's been missing parts of his upper and lower limbs since birth, wearing a delivery service uniform, prompted a flurry of support and praise for the athlete, as well as criticism for state authorities. The food service, based in the city of Yekaterinburg said Mr Astashov was "". Many social media users were convinced his motivation was powered by his desire to fulfil his dream and raise funds to travel to the 2020 Tokyo Paralympic Games. 'Bewildered by the interest' Some pointed out that Astashov told fellow athlete Anton Shipulin recently that he needed 350,000 roubles (over 5,500 dollars) to attend the Paralympic qualifiers in Australia and the UAE. Mr Shipulin in turn said that Mr Astashov needs to write a to get money from potential patrons. Mr Astashov's coach Anatoly Reshetov told the Ura.ru website that for his performance at the Paralympic Games, including bicycle parts and sports shoes. Image copyright Mikhail Astashov/Instagram Image caption Mikhail Astashov said he was overwhelmed by the attention "The problem is", Mr Reshetov added, that the man who won the 2019 Paratriathlon World Cup "doesn't have a technical sponsor but he has to buy something constantly". Mr Astashov , addressing supporters and the media. In it, he explained that he's been overwhelmed and bewildered by the unexpected interest, before going on to tell his story. "Training is what matters the most to me and I would like to eventually make it to the Paralympics," he said, adding that he receives funding from a local businessman. He explained that he applied for the delivery job "not for the hype or money", but to gain new experience and boost his self-confidence. Smiling throughout, he spoke of his surprise and gratitude for getting the job, given that he had been rejected in the past. "And now", he ended, "I don't know what to do with the popularity". 'Example to follow' People on social media say they've been moved by his "strong will", with some calling him "an example to follow" and others offering him money to fund his endeavour. Sports journalist Yevgeny Slyusarenko, wrote in a Facebook post that "If the lad decided to earn money for better preparation, then , understanding the reality in which he lives, and that he is doing something, instead of moaning." You may also be interested in: * * * Mr Slyusarenko also stated that no para-athletes in countries participating in the Paralympic Games are fully funded by their state. Meanwhile, two Russian regions which Mr Astashov represents in national championships - Sverdlovsk Region and the Republic of Buryatia - have tried to downplay his need for cash, saying they both allocated 240,000 roubles for him each. Following the publicity around the story, fellow athlete Anton Shipulin promised to raise the "" with the new Russian sports minister. In an interview in November, Mr Astashov said he doesn't consider himself a disabled person and lives a life "". Reporting by Yaroslava Kiryukhina and Krassi Twigg Next story: Use #NewsfromElsewhere to stay up-to-date with our reports via . 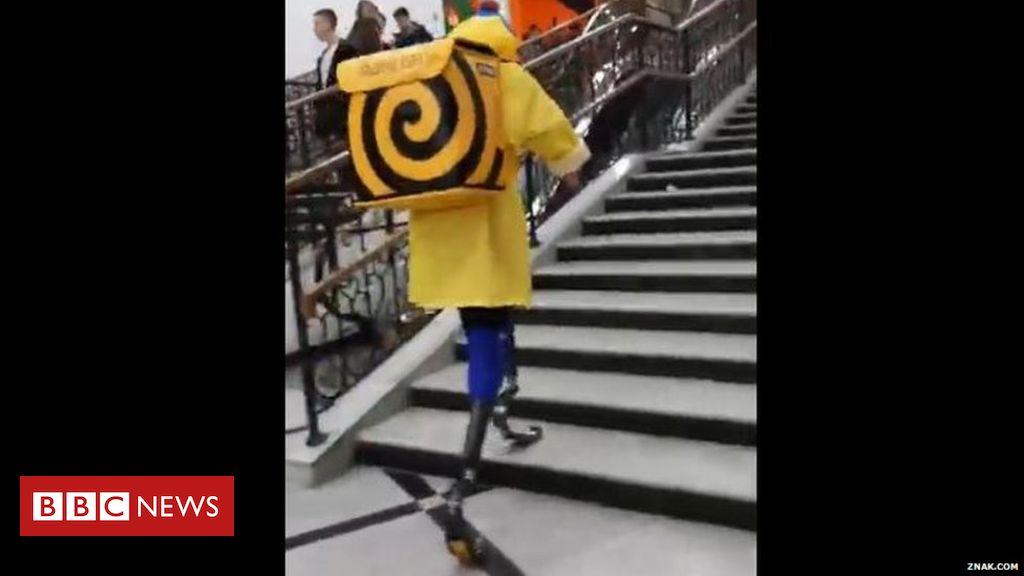