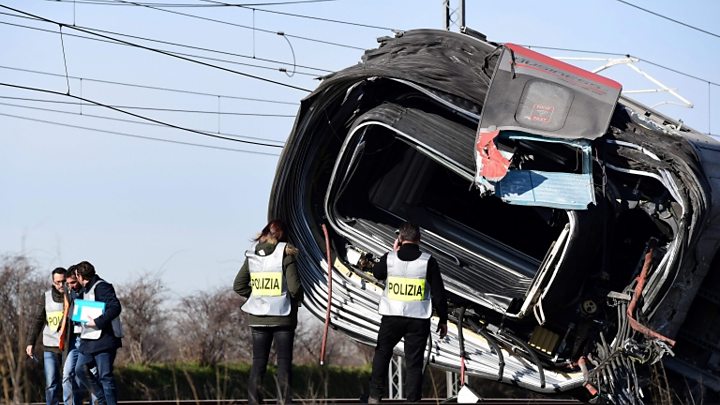 Two people have been killed after a high-speed train derailed near the northern Italian city of Lodi, emergency services say.

Both of the dead are drivers. Two others, one of them a cleaner on the train, had significant but not life-threatening injuries.

The train was travelling from Milan to the southern city of Salerno.

All services on the Milan-Bologna high-speed route have been suspended and diverted via conventional lines.

The BBC's Mark Lowen in Rome says that while there have been occasional crashes on Italy's regional trains, this is the first such incident on its high-speed Frecciarossa - or Red Arrow - network, the country's transport pride.

It apparently hit a freight wagon on a parallel track before running into a building and was separated from the rest of the train. Both it and the first carriage turned on their sides.

"I thought I was dead," a survivor told local newspaper Liberta. "I closed my eyes and prayed.

"The train was going very fast... suddenly, I felt a violent blow. A really loud roar."

The survivor added that he and a friend were stuck on the train for 15 minutes before escaping through a hole.

The causes of the accident are being investigated. Image copyright AFP Image caption The train derailed and apparently hit a building

Ansa news agency said maintenance work was being carried out on the track where the accident happened.

There were 28 passengers on the train, Ansa said, a number of whom received minor injuries.

Lodi Prefect Marcello Cardona said the accident "could have been carnage" but there were relatively few passengers at the time, and no more fatalities were expected.

Fire services are at the scene. 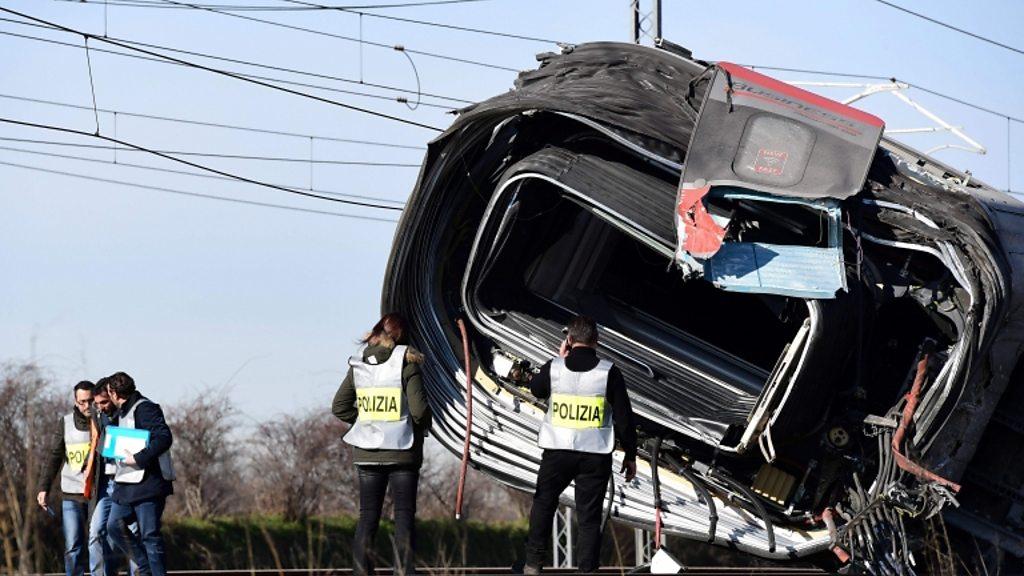