Media playback is unsupported on your device Media captionStorm Ciara: Planes struggle to land At least seven people have died across Europe as Storm Ciara moves east, shutting down transport and leaving hundreds of thousands without power. High winds in Poland ripped the roof off a ski rental shop, killing a woman and her two daughters. Their father was injured. One man died after his boat capsized in southern Sweden. One other person on board remains missing. Two people were killed in their cars - one in Germany and one in Slovenia. after a tree fell on his car. * * France's Mediterranean island of Corsica recorded winds of more than 220km/h (137mph) on Monday night, as heavy rains, powerful winds and flooding spread across the continent. Authorities there said the winds fuelled a fire in the north of the island. Corsican ports and flights remained disrupted on Tuesday. Wind speeds of up to 200km/h were also recorded in northern Italy. A woman of 71 was killed when she was hit by debris from a roof in Traona in the Lombardy region. Where was affected? Storm Ciara - also known as Storm Sabine in parts of Europe - has caused extensive damage. After first sweeping across Ireland and the UK on Sunday, the storm thrashed the north coast of mainland Europe. Transport shut down and schools were forced to close across Belgium, Germany, Luxembourg and the Netherlands. Dutch authorities reported traffic jams of more than 720km (448 miles) across the country on Monday, and there was still some flight disruption on Tuesday after airlines cancelled hundreds of journeys. Image copyright Getty Images Image caption Corsican authorities said the high winds fuelled a fire in the north of the island on Monday Image copyright Getty Images Image caption A crane crashed into Frankfurt's Cathedral, damaging parts of the roof Image copyright Getty Images Image caption Austria has also seen high winds, which caused waves to crash over a pier on Lake Constance In Germany, a crane smashed into Frankfurt Cathedral, damaging parts of the roof. Hamburg's fish market remained flooded on Tuesday after a storm surge reportedly forced the tide 2.7 metres (9 feet) above the norm. High winds caused major problems across the continent. The Oresund bridge between Denmark and Sweden was closed for several hours on Monday while winds in the Czech Republic reached 180km/h (111mph). Police in the country said the storm was probably to blame for a car accident which killed a man. However, the powerful gusts did bring one unexpected benefit in Germany. Wind turbines there produced a record amount of electricity, reportedly equivalent to 44 nuclear power plants. 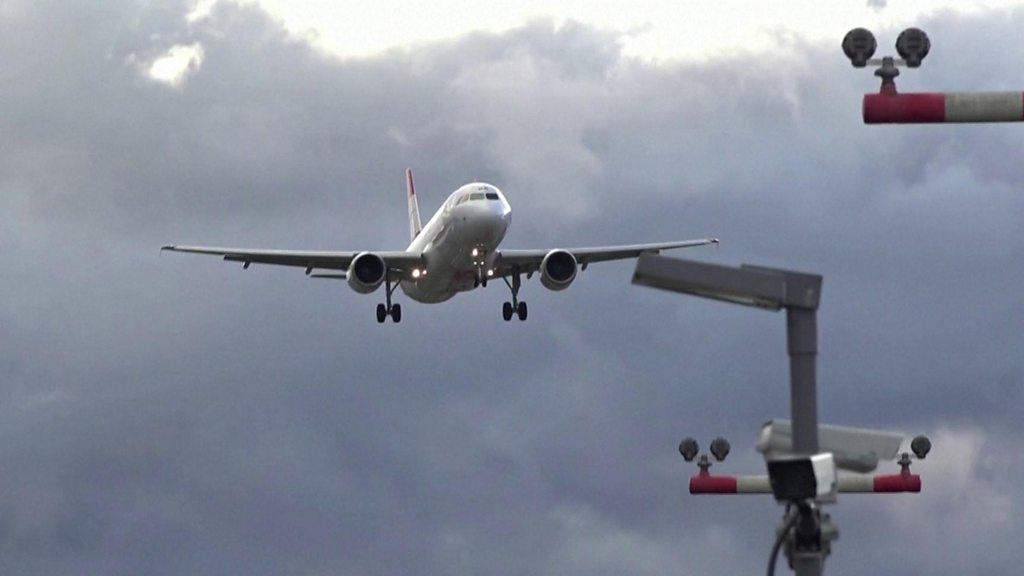