Housing Minister Esther McVey and Environment Secretary Theresa Villiers are also out of the government.

Most of the cabinet were appointed when Mr Johnson became prime minister in July.

In a statement confirming his resignation as the government's most senior law officer, Mr Cox said: "I have been truly privileged to have served as attorney general during the recent turbulent political times."

Known for his booming delivery and his legal advice that [effectively scuppered Theresa May's Brexit deal](https://www.bbc.co.uk/news/uk-politics-47533666) in March last year, he said he had been asked to resign by the prime minister.

Mr Smith has been widely praised for his brief tenure at the Northern Ireland Office - he was in the role just 204 days.

His departure comes weeks after brokering the deal which restored the power-sharing administration in Stormont.

Mr Smith said on Twitter that it had been "the biggest privilege" to serve the people of Northern Ireland and he was "extremely grateful" to have been given the chance to serve "this amazing part of our country".

"In eight months as secretary of state, Julian, you helped to restore power-sharing in Stormont, secured an agreement with us to avoid a hard border, plus marriage equality," he told the former minister in a tweet. Image copyright Reuters

The prime minister left his cabinet largely untouched following the Conservative Party's decisive election victory in December, pending what sources suggested at the time would be a more significant overhaul after the UK left the EU on 31 January.

Mr Johnson is expected to make changes at junior ministerial level - namely parliamentary under-secretaries of state - that could see a 50/50 gender balance in a push to promote female talent.

There are expected to be promotions for a number of female MPs in government, including Anne-Marie Trevelyan, Suella Braverman and Gillian Keegan.

Baroness Morgan is also expected to be among the departing ministers.

When she was re-appointed as culture secretary in December, she said she only expected to stay in the role for a couple of months, having stood down as an MP at the election and been appointed a peer.

Among more junior ministers, those tipped for promotion include Victoria Atkins, Oliver Dowden, Kwasi Kwarteng and Lucy Frazer, while Stephen Barclay could make a quick return to cabinet after his role as Brexit Secretary was scrapped following the UK's departure from the EU.

Mr Johnson is expected to appoint a new minister to oversee the building of the HS2 rail line, final approval for which was given this week.

He also needs to find someone to run the COP26 climate summit in Glasgow later this year after its previous president Claire Perry O'Neill was sacked, and two former Tory leaders, David Cameron and Lord Hague, rejected the job.

"This morning he told me that I need to make way for someone new."

She said she was "sad" no longer to be a part of the cabinet, but she said the prime minister would continue to have her "full support". 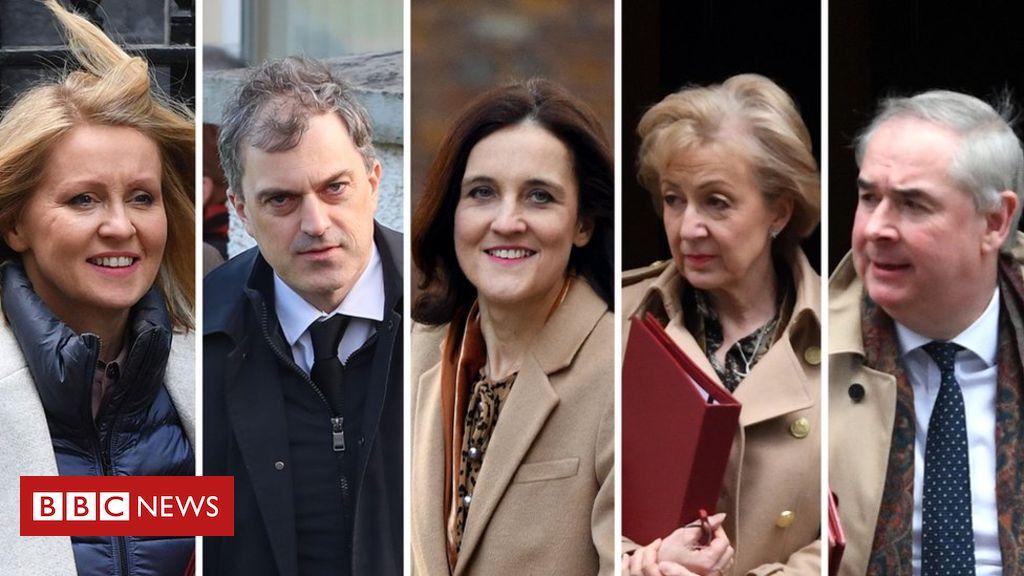