![EU Council staff members remove the United Kingdom's flag from the European Council building in Brussels on Brexit Day, January 31, 2020](https://ichef.bbci.co.uk/news/320/cpsprodpb/1537C/production/_110880968_gettyimages-1197807579.jpg) Image copyright Getty Images Image caption The UK officially left the EU on 31 January but until the end of 2020 they are following a Withdrawal Agreement

The European Parliament has approved a tough opening position for talks with the UK on its future relationship with the EU.

MEPs called on the UK to follow EU policies in a host of areas as the price for an ambitious free trade deal.

These range from chemicals regulation to climate change, food labelling and subsidies for companies.

This should be with "a view to dynamic alignment" - code for the UK adopting European rules as they are introduced.

The wide-ranging resolution also called for measures to ensure that Brexit does not cause gender discrimination, for a crackdown on tax havens with links to the UK, and for a joint UK-EU position at the upcoming UN climate conference in Glasgow in November.

It's an attempt to influence the detailed instructions for the EU's chief negotiator Michel Barnier - "the mandate" - currently being discussed by the European Commission and the governments of the EU's 27 member states.

It's also the latest example of the mandate being toughened up as it passes from institution to institution in the EU. ![](https://ichef.bbci.co.uk/images/ic/720x405/p082yyzl.jpg)
Media playback is unsupported on your device
Media captionEU Commission head Ursula von der Leyen says any deal would require obligations as well as rights

When Mr Barnier published a first draft in early February, there was no mention of alignment and definitely not the automatic kind.

Then a new version emerged that had been tweaked by diplomats from national governments.

It had extra references to the need for a level playing field - commitments by the UK to fair economic competition to prevent European businesses being undercut by their British rivals. And those commitments would have to evolve over time. ![](https://ichef.bbci.co.uk/images/ic/720x405/p0830n7h.jpg)
Media playback is unsupported on your device
Media captionChancellor: 'UK trade will be better outside EU'

A reference to "building on" existing access to British waters for European fishing boats was upgraded to "upholding" it.

The UK's participation in the Galileo satellite positioning system was downgraded from "should" to "could."

And now MEPs have gone further than all of them.

"It means we can be bad cop," said a senior MEP from the European Parliament's new UK Co-ordination Group. "Michel Barnier can say to London that he can't do certain things because the Parliament won't accept them."

That's a tactic Mr Barnier is virtually guaranteed to use. And he will have to take the European Parliament's views into account because it is likely to have a vote on whatever deal emerges from the talks with the UK.

MEPs were not willing to oppose the divorce deal, but will they be tougher when it's a free trade agreement that touches on Europe's values and social model?

For now the focus is on agreeing the EU's opening position to be finalised at a meeting of European ministers on 25 February. This is about the ambitions at the start, not the compromises at the end.

It's also about shaping the terms of the discussion with the UK before it's even begun.

MEPs and the entire EU know: if you don't ask, you don't get. 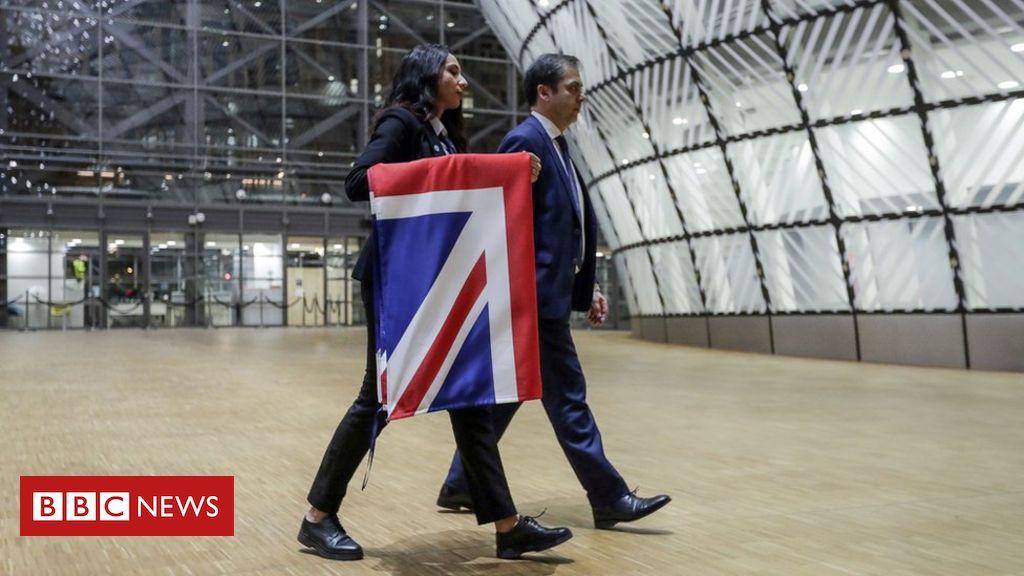