Image copyright Getty Images Image caption The Pope urged bishops to encourage missionaries in the Amazon as a way of addressing a shortage of priests Pope Francis has ruled against ordaining married men in the Amazon region as a means of addressing the shortage of Catholic priests. Bishops backed the measure last year, but the decision needed the Pope's approval to be implemented. Catholic priests are required to abide by the rule of celibacy upon ordination except in cases where married Anglican ministers have converted. Celibacy is seen as the devotion of one's life to God. The conservative wing of the Catholic Church - particularly in Europe and North America - has spoken out against the idea of married priests, arguing that this could lead to the global abolition of celibacy. A statement from the Vatican said: "The Amazon challenges us, the Pope writes, to overcome limited perspectives and not to content ourselves with solutions that address only part of the situation." The Pope said there was a need for ministers who can understand Amazonian sensibilities and cultures from within. He urged bishops to "promote prayer for priestly vocations" and to encourage those who want to become missionaries to "opt for the Amazon region". * * In October last year, a synod of 184 bishops met at the Vatican to discuss the future of the Church in the Amazon. It was argued that older, married men should be allowed to become priests. However, they would need to be men who are particularly well-respected and would preferably come from the indigenous communities where they intend to work. It is estimated that at least 85% of villages in the Amazon are unable to celebrate Mass every week as a result of a shortage of priests. Some are said to . Bishop Robert Flock of San Ignacio, a remote diocese in the Bolivian Amazon, told the BBC's Newshour: "The Pope simply kicked the can down the road. He doesn't even mention the recommendation of the possibility of married deacons being ordained as priests which was what the synod conclusions had suggested. "The Catholic Church moves slowly in certain areas and this is one of those that could have caused terrible divisions in the church," he added. Pope Francis had previously said he would consider the possibility of viri probati (men of proven faith) carrying out some duties. "We have to give a thought to whether viri probati are a possibility," he told German newspaper Der Zeit. Also on Wednesday, the Pope announced he had decided not to allow women to serve as deacons, a lower rank than priest. Separately he called for the environment in the Amazon to be defended due to its vital role in mitigating global warming. "We demand an end to the mistreatment and destruction of mother Earth," the Pope said. *** Focus on climate change rather than celibacy It might be convenient to conclude that Pope Francis' decision not to accede to the request from Amazon bishops is a victory for his predecessor, Pope Emeritus Benedict XVI and those traditionalists who regard him as their standard-bearer. Last month it emerged that Benedict had contributed to a book, 'From the Depths of Our Hearts', written by Cardinal Robert Sarah, which repeatedly asserts that priests must be celibate. But when Pope Francis was asked about the issue, during a press conference on a flight back to Rome from Panama in January 2019, he was clear about his own preference. "Personally," he said, "I think that celibacy is a gift to the Church. I would say that I do not agree with allowing optional celibacy, no." Pope Francis was also concerned that if celibacy became the key feature of his response to October's Synod, then other pressing issues for the region would not garner sufficient attention. As he writes in the first chapter of his response, "the Amazon region is facing an ecological disaster" and so he has opted to focus not on the internal issue of celibacy but the external challenge of climate change. *** Why are there rules on celibacy? The controversy about married priests is one of the longest-running debates in the history of the Catholic Church. Priestly celibacy was introduced about 900 years ago, and before then clergy were often married. St Peter, considered to be the first pope, was a married man and . Many see celibacy as a key part of being a Catholic priest, one who is supposed to devote himself to the Church and not be distracted by what some consider to be worldly concerns like a wife or a family. Other churches including the Eastern Orthodox Church have permitted clerical marriage (though, in the case of the Orthodox Communion, bishops are required to remain unmarried). In addition, former Anglican priests who left the Anglican Communion after it changed its laws to permit women to serve as priests and bishops have been received into the Catholic Church by a special papal dispensation and ordained as Roman Catholic priests even though some of them are married with children. The Catholic Church's rule is just that - a rule, which means that the church is free to change that practice if or when it believes change is necessary. 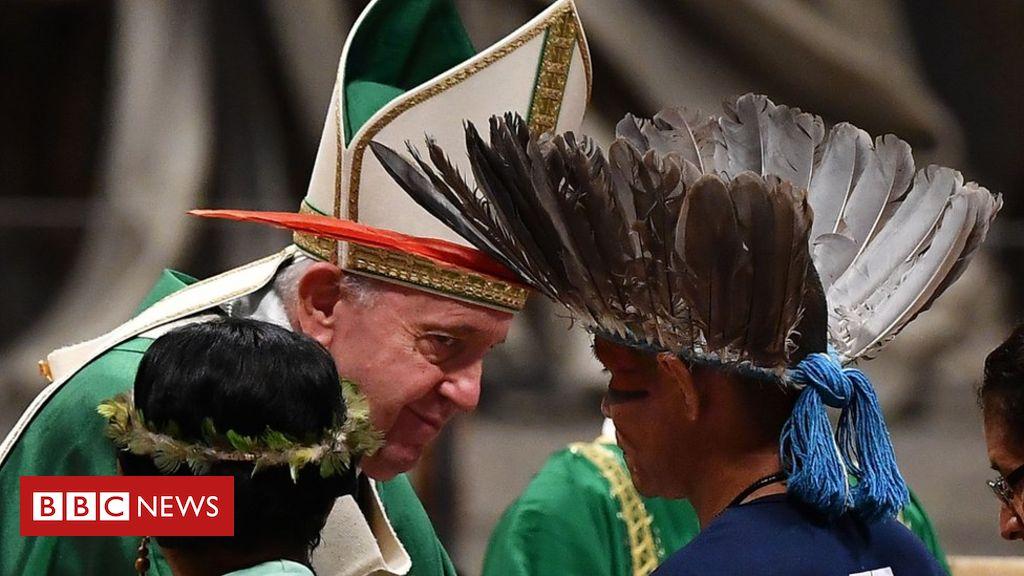