The Republic of Ireland's general election has produced an outcome where no one party can govern alone and where even two parties together would come up short.

A number of smaller parties also won seats, as well as 20 independents (including one Independents 4 Change).

So what happens next? We answer a selection of questions from readers.

The election result does not exist in a vacuum and Sinn Féin's leader Mary Lou McDonald has said she wants to see a vote on unification within five years.

However the decision is not hers to take. The Good Friday Agreement - the peace deal which brought an end to the Troubles in Northern Ireland - states that a vote on unification in Northern Ireland can only be called by the secretary of state for Northern Ireland, who is a British government cabinet minister. If it appears that a majority of people would vote for Irish unity then the NI secretary is obliged to call a poll.

However if Sinn Féin goes into government, it is likely to push for a number of developments, including a citizens' assembly on constitutional change, a consultation paper on Irish unity and the appointment of a minister responsible for planning for unification. Image copyright Whytes Image caption The Good Friday, or Belfast, Agreement sets out how a border poll could be called

Yes, this is a possibility. The last time there were two general elections in a year in the Republic of Ireland was in 1982.

On that occasion, Fianna Fáil did manage to form a government after the first election - in February - but it collapsed a few months later and after the second poll in November, Fine Gael took power with the Labour Party.

However Fianna Fáil and Fine Gael will both be keen to avoid another election because Sinn Féin would be predicted to do even better.

The party only ran 42 candidates this time, with only one candidate in many seats. But the share of the vote they got in many areas would have seen a second candidate get elected. Image copyright Pacemaker Image caption Garret FitzGerald of Fine Gael became taoiseach (Irish prime minister) after the second election of 1982

The independents are all free to make their own decisions about who they support to form a government and some have already suggested they are open to working with Sinn Féin.

The smaller parties with more than one member - Greens, Labour, Social Democrats and Solidarity-People Before Profit - could also potentially support a Sinn Féin government but it would be a collective decision for each party. If an individual member wanted to do so they would almost certainly have to leave their party.

Labour has already appeared to rule out going into government.

Aontú only has one TD, Peadar Tóibín, and he has already said he is open to supporting a Sinn Féin government.

However, even if every independent and smaller party backed Sinn Féin, they would still come up short of the 80 seats needed. Image copyright PA Media Image caption The Green Party won 12 seats to finish as the fourth-biggest

The ceann comhairle is included in the final tally, which means even though Fianna Fáil has 38 TDs it only had 37 elected by voters, the same number as Sinn Féin.

There is no legal time limit and the previous government remains in place until a new one takes its place.

Ultimately talks will continue until either the deadlock is broken or the parties come to the conclusion another election is the only way forward. 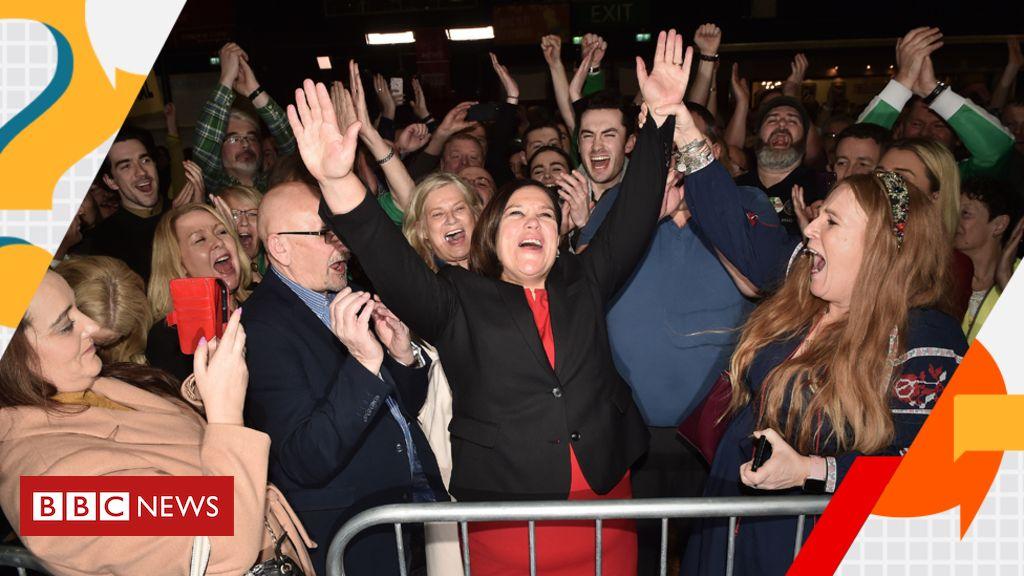