The German economy had another very weak three months at the end of last year, [according to official figures](https://www.destatis.de/EN/Press/2020/02/PE20_045_811.html).

Gross domestic product (GDP), the total production of goods and services, was almost unchanged from the previous quarter.

Germany is very exposed to the tensions in international trade, and the weak new figures partly reflect a fall in overseas exports.

Although there was some expansion, growth was reported at 0.0% when rounded to one decimal place by the German statistics office.

The sluggish performance was down partly to a decline in exports.

Investment in machinery and equipment was also "down considerably" between October and December.

The statistics office doesn't offer an explanation, but it is certainly possible that that reflects the uncertain outlook for international trade.

One factor that is likely to weigh on manufacturing firms when considering whether to invest is what sort of barriers they will face which could make it more difficult to sell their goods abroad. Image copyright Getty Images Image caption Germany is a leading manufacturer of cars

The country is the third-largest exporter of goods after the United States and China, which are both much larger economies.

[Manufacturing accounts for a larger share of German economic activity](https://data.worldbank.org/indicator/NV.IND.MANF.ZS) than it does for most other developed economies: 20% compared with 9% for the UK, for example, and 10% for the US.

Germany is very exposed to the tensions in international trade that have arisen, or at least become more intense, since US President Donald Trump took office.

That related directly to new tariffs that his administration has applied to aluminium and steel tariffs, and indirectly to the trade war between the US and China.

Because both countries are important markets for German industry, any damage they inflict on one another can affect sales of German goods.

Germany would also be vulnerable if President Donald Trump was to act on his threat to impose 25% tariffs on imports of cars from the European Union.

Economic growth in Germany has been relatively weak over the last two years.

There have been two quarters when GDP has declined. These have not taken place consecutively though, so there has been no recession as the term is often defined - two back-to-back quarters of negative growth.

It confirmed its earlier estimate that the eurozone managed growth of just 0.1% in the last quarter of 2019.

Germany is the area's largest economy, so the eurozone's figures are, as a matter of arithmetic, dragged down when Germany has a weak period.

But the next two largest economies also had a bad end to last year. Both Italy and France saw their national economies shrink.

There are some bright spots in the eurozone, though. Ireland has stood out with strong growth for some time, although there are no figures available yet for the most recent period.

While Germany and the eurozone may have had a downbeat period in terms of growth, employment has been more encouraging.

New figures show an increase of 0.3% in the number of people who do have jobs in the eurozone.

Germany has one of the lowest unemployment rates in the world.

The eurozone as whole is higher, and some countries notably Spain and Greece still have a serious problem.

But for both the eurozone and those nations, unemployment has fallen far from the highs it reached in the last decade. 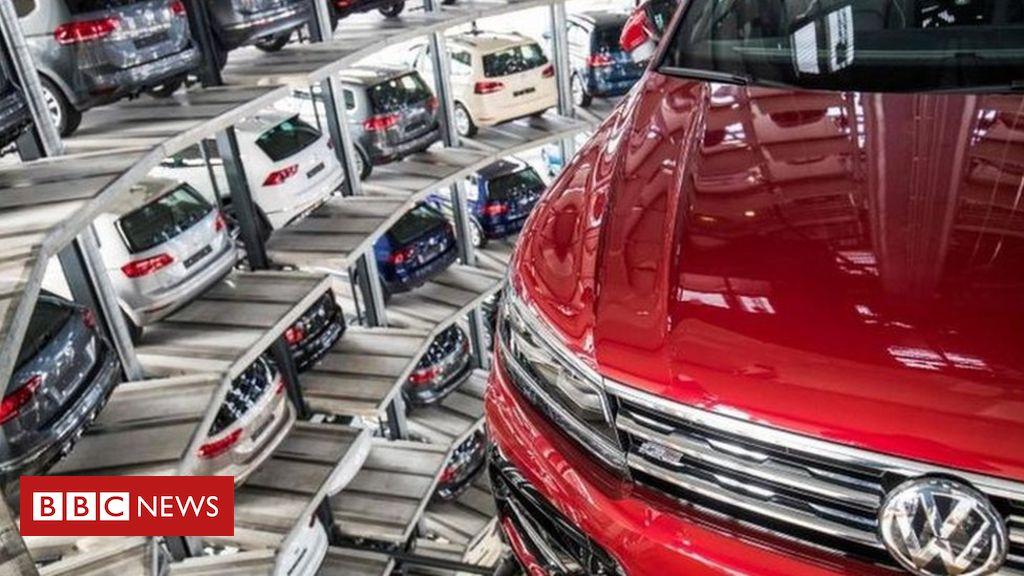