Image copyright Conwy County Borough Council Image caption The landslide happened at Crafnant in Conwy county Nine homes have been evacuated following a large landslip, thought to have been caused by Storm Ciara. People are being advised to stay away from Crafnant, near Trefriw in Conwy county, by Natural Resources Wales (NRW) and Conwy council and roads and footpaths have been closed. Staff from NRW will work with geoscience and engineering experts to monitor the landslide. More rain is expected from over the weekend. A woman in her 80s, who lives alone, was one of the nine households evacuated. Others included families with children, according to Trefriw councillor Tomos Jones. Trefriw councillor Tomos Jones said: "The elderly resident lived nearest the landslide. I believe she's staying with her family in Trefriw. "Another resident lives near the bridge that was taken out by the landslide." Sian Williams, NRW's head of operations in north west Wales, said: "We are working quickly with a number of partners to monitor the landslip and determine if there are any movements. "In the meantime, North Wales Police, Conwy County Borough Council and NRW have advised the residents of nine properties to evacuate their homes, as there is a concern that this area remains unstable with an immediate risk to properties and highways in the area." Image copyright Conwy County Borough Council Image caption Natural Resources Wales is monitoring the landslide Image copyright Conwy County Borough Council Image caption The landslide follows Storm Ciara 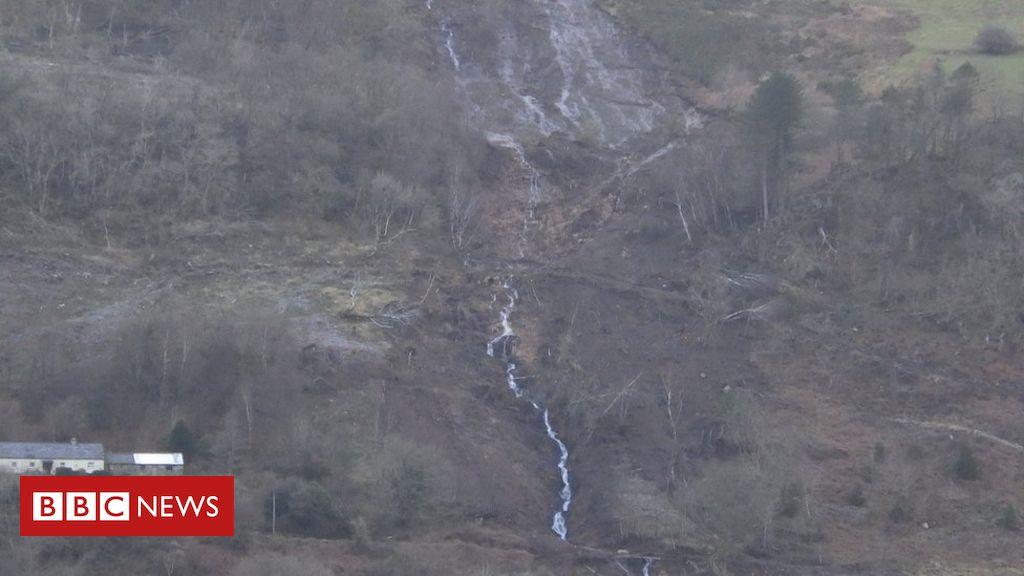