Image copyright AFP Image caption Yukos was previously Russia's biggest oil and gas firm A Dutch court has upheld an appeal by shareholders demanding billions of dollars in compensation from the Russian state for breaking up the once-mighty Yukos oil company. The Appeals Court in The Hague said a previous Dutch court ruling in favour of the Russian state was incorrect. Tuesday's ruling restores the original $50bn (£38bn) compensation award, made by the Permanent Court of Arbitration. Russia now plans to appeal, so the legal wrangling is set to continue. Russia's reaction makes it questionable whether any Russian state assets abroad can be seized to enforce the shareholders' rights. The Yukos affair became a symbol of President Vladimir Putin's determination to rein in the power of billionaire oligarchs who got rich from controversial privatisation auctions in the 1990s. Yukos Oil's former chief Mikhail Khodorkovsky, a prominent critic of Mr Putin, was arrested in 2003 and the firm went bankrupt in 2006. * * In 2014 the Permanent Court of Arbitration, based in The Hague, ruled that Russian officials had manipulated the legal system to bankrupt Yukos. That ruling was upheld by the appeals judges on Tuesday, who said Russia was obliged to enforce the 1994 international Energy Charter Treaty, "unless it was in breach of Russian law". "This court finds that there was no breach of Russian law," they said. Mr Khodorkovsky spent 10 years in jail, before being pardoned by Mr Putin, and now he lives in exile in London. The bulk of the Yukos business was taken over by state-run Rosneft, which is now one of Russia's most powerful energy firms. 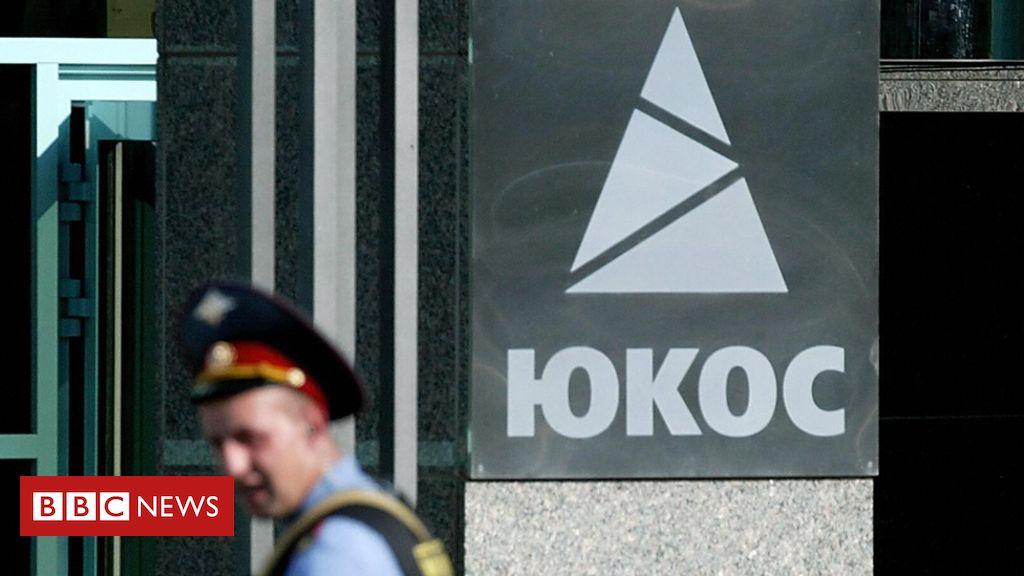