Image copyright Getty Images Image caption David Frost set out the UK's stance ahead of post-Brexit trade talks The UK "must have the ability to set laws that suit us," the PM's chief Brexit negotiator has said in a speech in Brussels. David Frost has set out the UK's stance ahead of post-Brexit trade negotiations, due to start next month. He dismissed the idea an EU court would have a role in future trade disputes, saying: "We only want what other independent countries have." It comes as France warns Britain to expect a bruising battle during talks. Acting Liberal Democrat leader Ed Davey said: "Boris Johnson should listen to the views of British businesses who want to maintain the closest possible alignment with the European Union." * * * * Addressing students and academics at the Université libre de Bruxelles, Mr Frost said: "It is central to our vision that we must have the ability to set laws that suit us - to claim the right that every other non-EU country in the world has. "So to think that we might accept EU supervision on so-called level playing field issues simply fails to see the point of what we are doing." He said this was not a "a simple negotiating position which might move under pressure - it is the point of the whole project". The UK wants a with the EU, Mr Frost said. If this cannot be agreed, then Britain will trade on the basic international terms it currently follows with Australia. He said the UK will set out more details of its vision for the future relationship with the EU next week. Mr Frost also reiterated the government's insistence that it will not extend the transition period beyond the end of this year. The transition period runs until 31 December 2020, during which time the UK continues follow EU rules - including freedom of movement. It is intended to allow time for the UK and the EU to agree a post-Brexit trade agreement. * * * One of the key sticking points could be the idea of ensuring a level playing field - which was referred to by Mr Frost in his speech. The EU wants the UK to sign up to strict rules on fair and open competition - known as level-playing-field guarantees - so if British companies are given tariff-free access to the EU market, they cannot undercut their rivals. The EU has repeatedly warned that the UK cannot expect to enjoy continued "high-quality" market access if it insists on diverging from EU social and environmental standards. It also wants the European Court of Justice to have a legal role in policing any free trade agreement reached. But in his speech, Mr Frost asked: "How would you feel if the UK demanded that, to protect ourselves, the EU dynamically harmonise with our national laws set in Westminster and the decisions of our own regulators and courts? "The more thoughtful would say that such an approach would compromise the EU's sovereign legal order." A rare appearance by the PM's man in Brussels This was a rare public appearance by the man who'll run Boris Johnson's negotiations with the EU. David Frost told the audience at a university in Brussels that the whole point of the UK's departure was so it could set its own laws for its own benefit. And that's why Britain couldn't accept the continued application of European rules or the involvement of Brussels in competition policy as the conditions for an ambitious free trade agreement. The question is whether that can be reconciled with the EU's position that it has to apply more stringent safeguards to its neighbour than it does to Canada, Japan or South Korea. This carefully controlled event in front of some students, a few diplomats and a lot fewer journalists was designed to show the post-Brexit politics of Britain, not to spell out the government's opening negotiating position in detail. That'll come next week, when the EU is expected to do the same. Image copyright AFP Image caption European Commission President Ursula von der Leyen has previously cast doubt on Boris Johnson's aim to reach a comprehensive agreement by the end of the year Speaking on Sunday, French Foreign Minister Jean-Yves Le Drian predicted the two sides would "rip each other apart" as they strove for advantage in the negotiations. "But that is part of negotiations, everyone will defend their own interests," he added. He also said it would be tough for the UK to achieve its aim of agreeing a free trade deal by the end of the year. Speaking at a security conference in Munich, Mr Le Drian said the two sides were far apart on a range of issues. 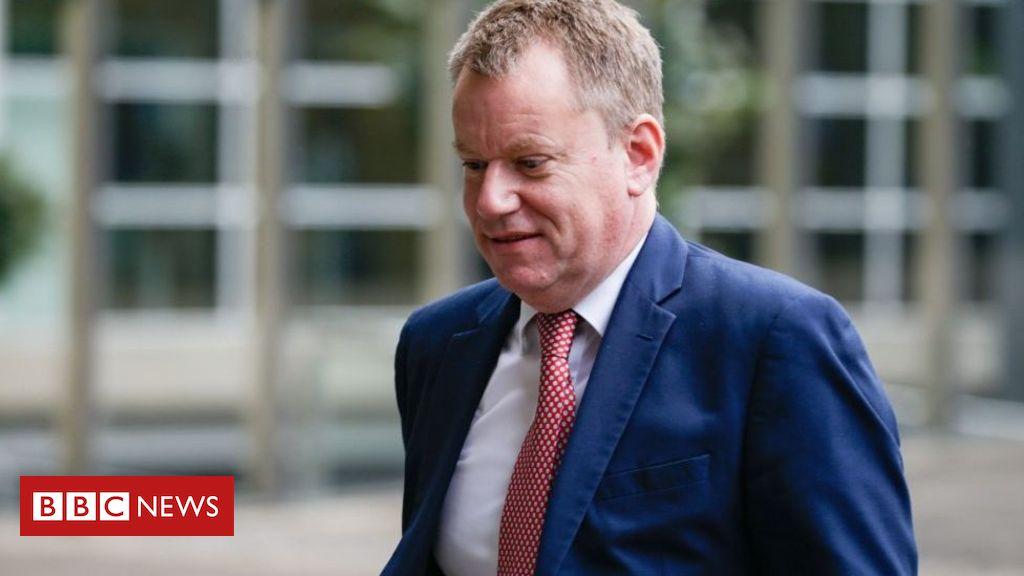