Earlier this week, an abandoned "ghost" cargo ship was discovered washed up off the coast of County Cork, Ireland, following strong winds from Storm Dennis. 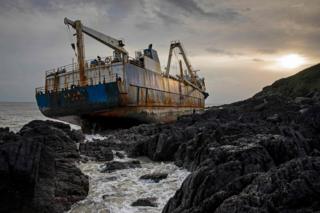 Aerial footage by the Irish Coast Guard showed the 80-metre (260 feet) cargo ship MV Alta stuck on the rocks near the village of Ballycotton.

Photographers have now been able to visit the area and capture the dramatic sight of the rusting ship against the Irish landscape. 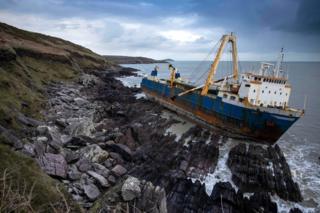 The vessel appears to have drifted thousands of miles over more than a year, from the south-east of Bermuda in 2018, across the Atlantic Ocean.

Previously, the US Coast Guard rescued the crew members in September 2018. 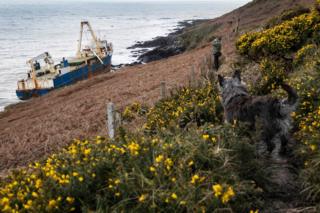 "This is one in a million," said local lifeboat chief John Tattan.

The head of Ballycotton's Royal National Lifeboat Institution (RNLI) told the Irish Examiner newspaper he had "never, ever seen anything abandoned like that before." 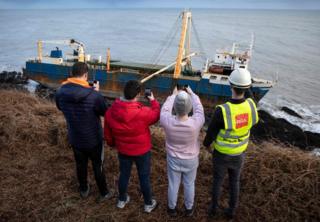 Built in 1976, the Alta has had numerous names and owners.

In September 2018 the ship encountered problems when sailing from Greece to Haiti.

A power outage led to the Alta drifting at sea for 20 days around 1,300 miles (2,100km) south-east of Bermuda, according to the US Coast Guard, which became aware of its struggles.

With just two days of food left on board for Alta's crew, the coast guard air-dropped food and other supplies.

As a hurricane approached, the coast guard decided to rescue the damaged ship's 10 crew members and take them to Puerto Rico.

Since then the ship has been abandoned. It was last spotted in September 2019 by a British Royal Navy ship in the mid-Atlantic. 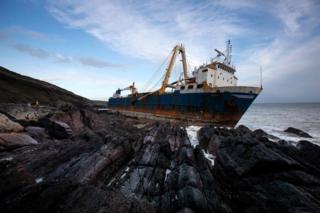 On Tuesday, personnel from Cork County Council could be seen boarding the wreck of the ship, below. 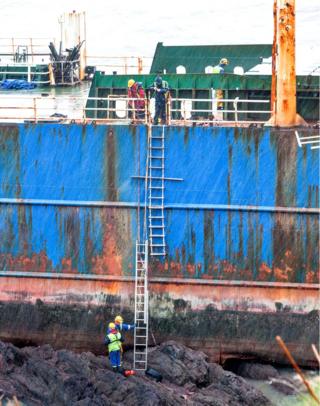 There is no visible pollution leaking from the ship, according to environmental scientists who visited Ballycotton on Monday, explained Cork County Council.

Cork County Council, the Irish Coastguard and the Receiver of Wreck will decide what will happen to the ship,

According to the Irish Times, a person claiming to represent the owner of the ship has come forward, with investigations ongoing. 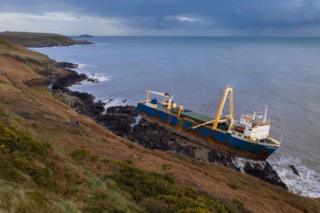 Storm Dennis, which brought the abandoned ship on to the rocks, left thousands of homes, farms and businesses without electricity across the Republic of Ireland.

In the UK, about 1,400 homes and businesses have been affected by the floods in the wake of downpours brought by the storm. 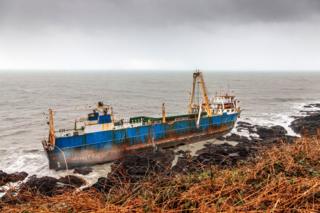 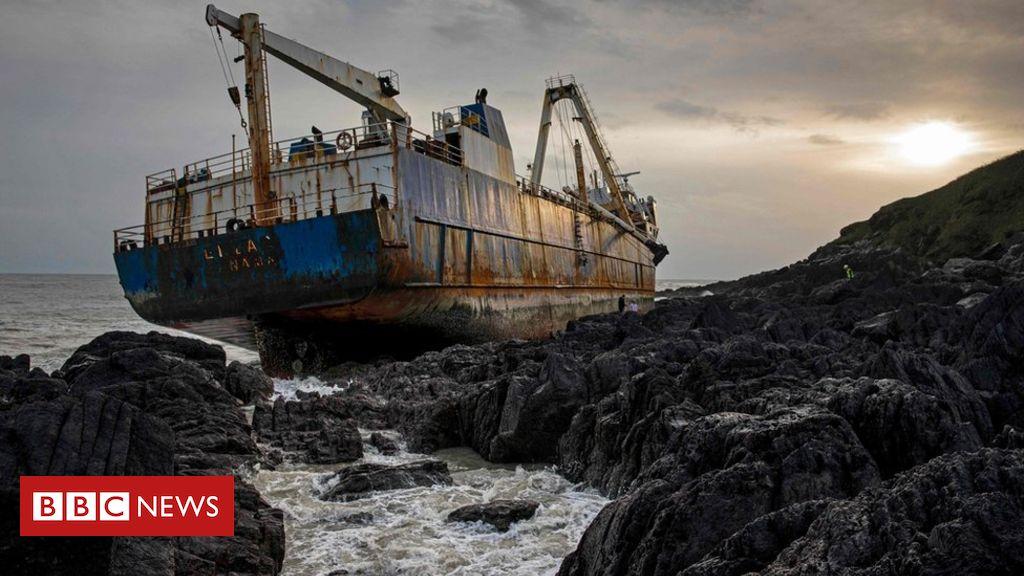