Media playback is unsupported on your device Media captionDominic Cummings leaves for work after Andrew Sabisky row The government needs to "look at" its vetting processes following the resignation of a Downing Street adviser, a business minister has said. Kwasi Kwarteng said past remarks made by Andrew Sabisky, who quit on Monday, were "racist" and "totally unacceptable". Labour had called for Mr Sabisky to be sacked over comments on pregnancies, eugenics and race. Mr Sabisky accused the media of "selective quoting" and "hysteria". He also tweeted that he had resigned because he did not want to prove a "distraction". "I know this will disappoint a lot of people but I signed up to do real work, not be in the middle of a giant character assassination," Mr Sabisky added. "If I can't do the work properly there's no point, and I have a lot of other things to do with my life," he added. As well as the remarks on race and intelligence, Mr Sabisky wrote that compulsory contraception could prevent "creating a permanent underclass". * * * Mr Sabisky, who describes himself as a "superforecaster", was appointed earlier this year after the prime minister's chief adviser Dominic Cummings called for "misfits and weirdos" to apply for jobs in Downing Street. Leaving his home on Tuesday, Mr Cummings told reporters: "Read Philip Tetlock's Superforecasters, instead of political pundits who don't know what they're talking about." The reference appeared to be to a 2015 book of similar name on the science of prediction, Superforecasting, co-written by US-based academic Philip Tetlock. Image caption Andrew Sabisky said he had been selectively quoted Mr Kwarteng told BBC Radio 5 Live he was unaware of what Mr Sabisky's role had entailed, but added: "He's now left, and we can now all move on." Asked how Mr Sabisky had been selected, Mr Kwarteng replied: "I've no idea what the process is. That's not my remit. I think it's unfortunate that he was hired." He said: "We should prevent racists coming into No 10 or wherever he was working, I think that we do need to look at these processes." But Peter Cardwell, a former adviser to Justice Secretary Robert Buckland, said Mr Sabisky should have made No 10 aware of his previous remarks. "Andrew Sabisky knew this was online. He knew this was going to be problematic for the government," he told BBC Radio 4's World at One. "The best way he could have served the government... is to say, 'I will not take the job.' It is his fault." 'Serious questions' When asked on Monday, Downing Street did not comment on the remarks attributed to Mr Sabisky. Boris Johnson's spokesman said at the time: "The prime minister's views on a range of subjects are well publicised and documented." Responding to the resignation, Labour Party chairman Ian Lavery said: "It's right that Andrew Sabisky is no longer working in government. "After No 10 publicly stood by him... Boris Johnson has serious questions to answer about how this appointment was made and whether he agrees with his vile views." Conservative MP Caroline Nokes, who chairs the Commons Women and Equalities Committee, told BBC Radio 4's Today programme she was "relieved" Mr Sabisky had resigned. But she criticised the reaction from No 10, adding they "could have distanced themselves from his youthful comments at any point, but they chose not to do so". What has Mr Sabisky said in the past? on Mr Cummings' website, made by a user called "Andrew Sabisky", it is suggested that compulsory contraception could be used to stop a "permanent underclass". "One way to get around the problems of unplanned pregnancies creating a permanent underclass would be to legally enforce universal uptake of long-term contraception at the onset of puberty," says the post. "Vaccination laws give it a precedent, I would argue." on a different website in 2014, what appears to be the same user suggested black Americans had a lower average IQ than white Americans. that same year, a user with his name said: "There are excellent reasons to think the very real racial differences in intelligence are significantly - even mostly - genetic in origin, though the degree is of course a very serious subject of scholarly debate." Mr Sabisky that the benefits of a purported cognitive enhancer, which can prove fatal, are "probably worth a dead kid once a year". "Eugenics are about selecting 'for' good things," he said in the same interview. "Intelligence is largely inherited and it correlates with better outcomes: physical health, income, lower mental illness. , he said: "I am always straight up in saying that women's sport is more comparable to the Paralympics than it is to men's." 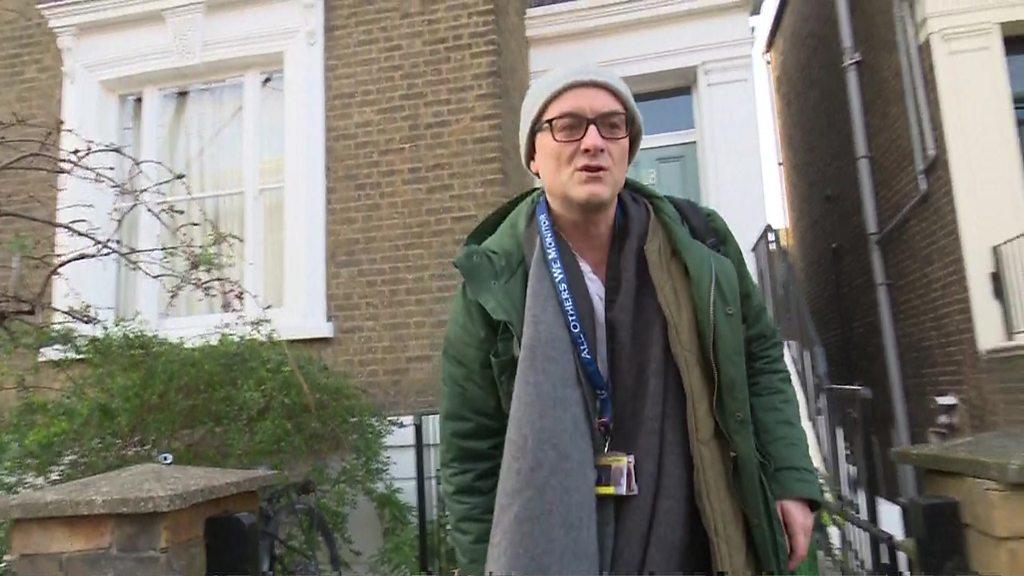