Image copyright Getty Images Image caption The AfD and other German nationalists claim to be 'the people' against a liberal elite The murder in Hanau of nine people of foreign heritage has shocked Germany and sparked heated debate about the root causes of far-right xenophobic violence. Politicians and voters from across the political spectrum are pointing the finger at one party: the far-right Alternative for Germany (AfD). It is Germany's biggest opposition party, with 89 seats in the 709-seat Bundestag (lower house). It also has MPs in all 16 regional parliaments. "The AfD is the political arm of hate," said prominent Green Party politician Cem Ozdemir. Lars Klingbeil, general secretary of the centre-left Social Democrats (SPD), called for the AfD to be put under surveillance by the security services. Conservative Christian Democrat (CDU) politician Mathias Middelberg says AfD politicians have coarsened the debate, and that this is contributing to right-wing extremist violence. Media playback is unsupported on your device Media captionPeople came together in Hanau and Berlin to remember the victims The AfD is not accused of direct involvement in the bloodshed, and the party has condemned the Hanau attack. But AfD leaders refuse to accept that the killing was motivated by a far-right ideology or that the attacker might have been influenced by racist rhetoric. They say the man was simply a disturbed individual with psychological problems. * * Hanau was the third major far-right attack in Germany in nine months. Image copyright Getty Images Image caption The Hanau suspect, identified as Tobias R, had a rambling, racist manifesto Last June a senior CDU politician, because he supported refugees. And in October in Halle. He was only prevented by his own incompetence and inability to smash down the synagogue's wooden door. In his frustration he killed two passers-by. In 2016 an 18-year-old man killed nine people in Munich in a mass shooting that was initially falsely labelled as an Islamist terror attack. The perpetrator was in fact a right-wing extremist who targeted teenagers of non-German descent. In all four cases the attacker was an unstable solitary individual, radicalised by racist hate speech and far-right ideology online. Inflammatory language AfD leaders are careful to stay on the side of legality when talking about minorities; Germany has strict hate-speech laws. But the language used by some AfD politicians serves to reaffirm the prejudice that ethnic or religious minorities, particularly Muslims, have no place in Germany. Support for the AfD has surged, and its policies hardened, since nearly a million non-EU migrants reached Germany in 2015. One AfD politician has called migrant workers who came to Germany decades ago "trash". An AfD leader called for a German-born left-wing politician of Turkish heritage to "be disposed of in Anatolia". And during a speech in parliament, another AfD leader, in a reference to Muslim migrants, said "headscarf girls, welfare-supported knifemen and other good-for-nothings" were undermining Germany's economy. Disrupting centrist politics Nationally, support for the AfD appears to have peaked - in most opinion polls varying between 10 and 15%. And currently the AfD has no prospect of entering government, either nationally or regionally, as all other parties refuse to form governing coalitions with it. Image copyright AFP Image caption Chancellor Merkel condemned the 'poison' of racism on 20 February But it is the largest party in some parts of eastern Germany. And its arrival into politics has fragmented the party system, making it harder for mainstream parties to form stable governing coalitions. This was seen most starkly in recent elections in the eastern German state of Thuringia, where the AfD and radical left Linke party won the most votes. Chancellor Angela Merkel's CDU has refused to work with either party. But the CDU was thrown into turmoil when some of its regional politicians disobeyed the party line in Berlin, and * As the CDU prepares for the post-Merkel era - her final term finishes next year at the latest - the crisis in Thuringia has exposed an existential question for the CDU: how to deal with the AfD? It's an internal battle between Merkel-style centrists, who want to maintain the firewall against the far right, and right-wing hardliners nostalgic for a time before gay marriage and immigration and who could imagine one day working with the AfD. The outrage over the bloodshed in Hanau, and growing consensus that racist rhetoric may contribute to attacks like this, will no doubt strengthen the resolve of politicians who want to keep the far right out of government. The attack may also make some voters think twice before putting their cross beside the AfD. 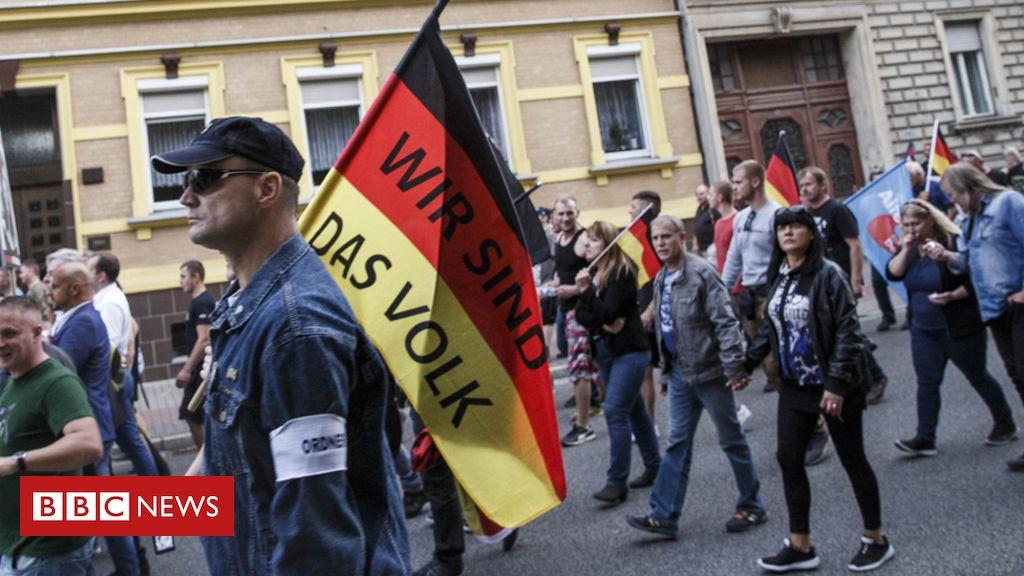