Earthquake kills at least 9 in Turkey, injures many in Iran - BBC News 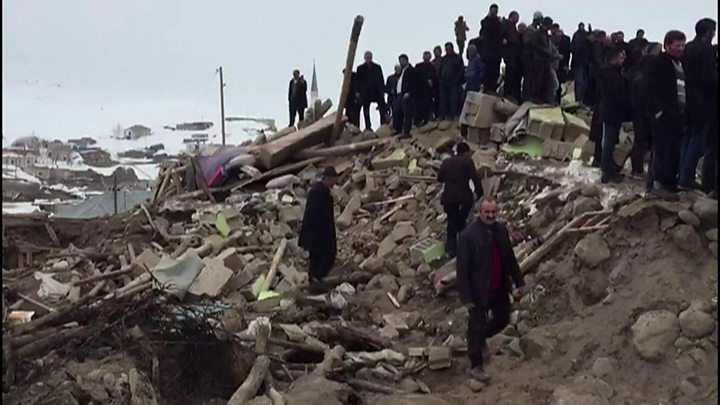 At least nine people including three children are dead in eastern Turkey after an earthquake with its epicentre in neighbouring Iran.

The magnitude-5.7 quake centred on the Iranian border village of Habash-e Olya.

At least 75 were injured and houses damaged in 43 villages in Iran's West Azerbaijan province.

The quake struck at 09:23 (05:53 GMT) in Iran and had a 6km (3.7 miles) depth.
Image caption The earthquake caused damage on both sides of the Turkey-Iran border

"There were children under the debris. We thought we heard their voices.

"Then something happened. We didn't understand what happened exactly and we pulled out three bodies," a villager told Reuters news agency.

Last month two avalanches in Van province killed at least 39 people including rescue workers, while in the provinces of Elazig and Malatya at least 31 people died and more than 1,600 injured in a powerful quake.

Earthquakes are common in the region.

In 1999 about 17,000 people died in an earthquake in the western Turkish city of Izmit.

Iran's deadliest earthquake was in 1990 when 40,000 people died and half a million were left homeless. 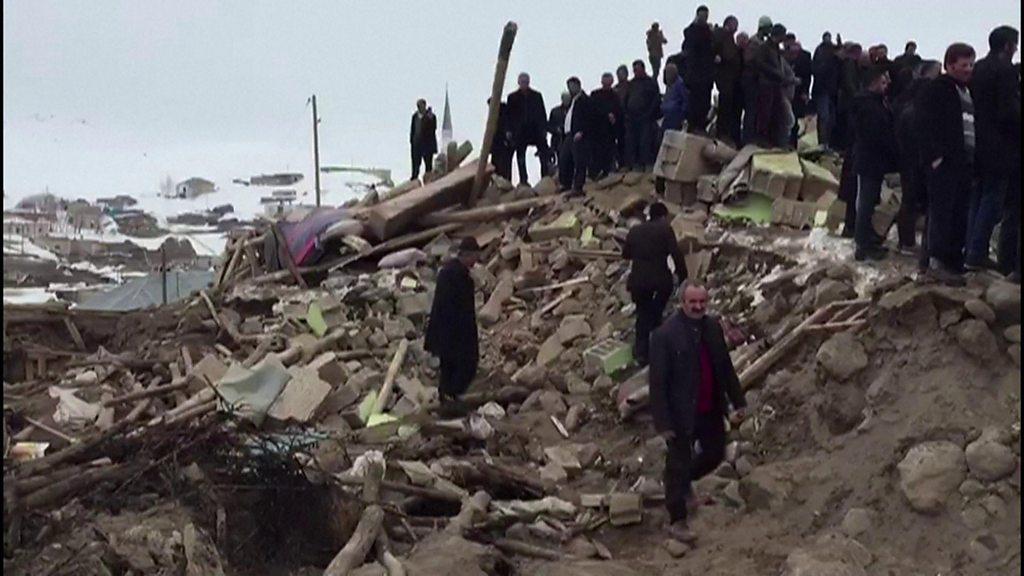