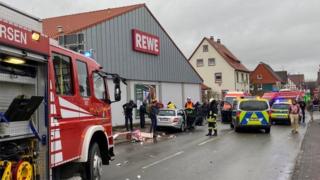 Image copyright Reuters Image caption Police say about 30 people, including children, were injured in the incident

A car has been driven into a crowd at a carnival parade in the western German town of Volkmarsen.

Thirty people, a third of them children, were injured, some seriously.

A 29-year-old German citizen was arrested on suspicion of attempted homicide. Officials said a motive was currently unclear.

Authorities in the state of Hesse, where Volkmarsen is located, cancelled all carnival parades "as a precaution" following the incident.

The incident took place during celebrations for Rosenmontag, or Rose Monday - a carnival day celebrated in some parts of Germany, Austria, Belgium and Switzerland. Schools are often closed for the day, although it is not a national holiday in Germany.

Local media report that a silver Mercedes drove through plastic barricades set up for the parade and into a group of people. Police said the incident occurred at about 14:45 local time (13:45 GMT). 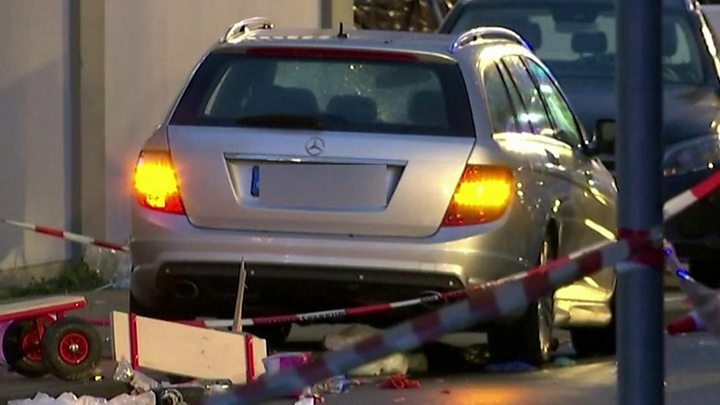 Eyewitnesses quoted in the German media say the driver accelerated toward the crowd and appeared to target children.

Police said they believed it was an attack but that there was no indication of a political motive, according to German newspaper Bild. Image copyright Getty Images Image caption The car reportedly drove through plastic barricades set up around the parade

In a statement, the Prosecutor's Office in Frankfurt said the suspect was receiving medical treatment for injuries sustained in the incident but would later be brought before an investigating judge.

Steffen Roettger said his two daughters were at the parade and called him after the incident happened. "My 10-year-old was pulled aside and only narrowly avoided being hit," he told broadcaster NTV.

He said his daughter was "in shock" after seeing people "lying around everywhere".

"She won't get those images out of her head in a hurry."

What has the reaction been?

Police have set up a portal for people to submit pictures or videos of the incident. They have also created an information centre for anyone affected at the town hall.

Hesse state leader Volker Bouffier said he was "shocked at the terrible act", which had left "many innocent people seriously injured".

In a statement, he shared his condolences with the victims and their families, while urging people not to speculate about possible motives.

German Chancellor Angela Merkel thanked police and medics for their response, and said her thoughts were with those injured and their relatives. 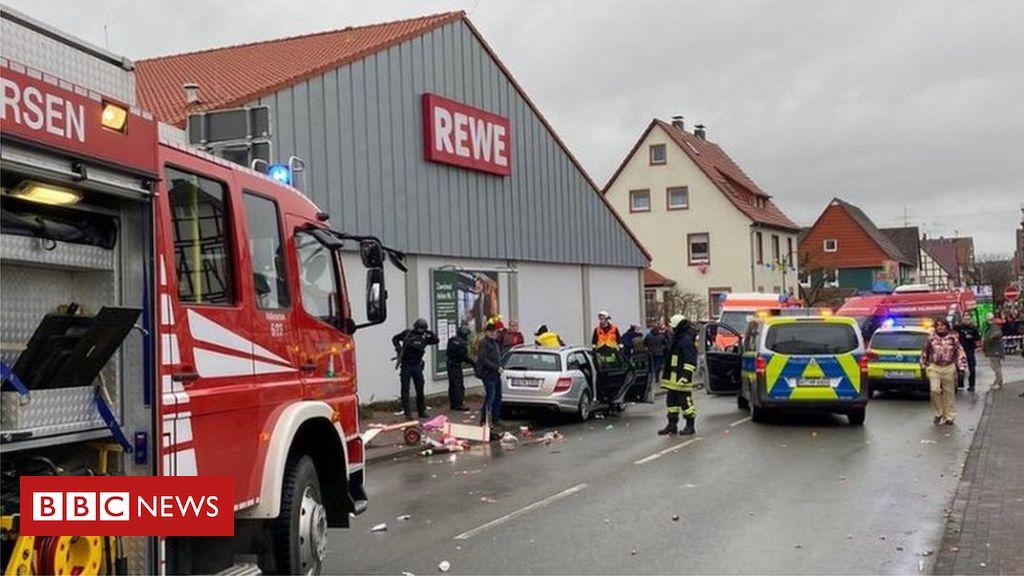