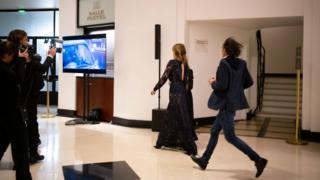 Several actresses have walked out of the César awards ceremony in Paris after Roman Polanski, who was convicted of the statutory rape of a 13 year old in 1977, won best director.

The awards - France's equivalent of the Oscars - have been mired in controversy after Polanski's An Officer and a Spy received 12 nominations.

The Polish-French director fled the US after his rape conviction in the 1970s.

He has since faced other accusations of sexual assault.

An Officer and a Spy, or J'accuse in French, is about the Dreyfus affair in 19th Century France and won a total of three awards on Friday night.

Polanski and members of his crew did not attend the event, with the director having said previously that he feared for his safety.

The prize for best film was awarded to Les Misérables by director Ladj Ly.

Actress Adèle Haenel, who has said she was sexually abused as a child by another director, was one of the women who walked out of the ceremony after Polanski's win was announced.

She left the room saying "shame!", and was followed by director Céline Sciamma.
Skip Twitter post by @canalplus

Actress and comedian Florence Foresti, who was presenting at the ceremony, did not return to the stage after Polanski's award was announced. She later updated her Instagram story to a black screen with the word "disgusted".

Hours before the ceremony began, France's Culture Minister Franck Riester said it would be "symbolically bad" if Polanski were to win the prize for best director, "given the stance we must take against sexual and sexist violence".

Protesters also gathered outside of the venue ahead of the awards.

The decision to honour Polanski at this year's awards had angered feminist groups and led to calls for a boycott.

The César's entire board resigned earlier this month amid the backlash. A general meeting is set to be held after the ceremony to elect a new board, which will look at implementing reforms and modernising the institution.

France's equality minister, Marlène Schiappa, had previously condemned the decision to nominate Polanski's film, saying she found it "impossible that a hall gets up and applauds the film of a man accused of rape several times".

But the Césars defended the nominations, arguing that the body "should not take moral positions" in giving awards.

Polanski himself told Paris Match in December that he had tried to distance himself from the calls for a boycott of his film. "For years people have tried to make me out as a monster. I'm used to the slander and I've grown a thick skin, which is as hard as a shell," he said. Media playback is unsupported on your device
Media captionSamantha Geimer was raped by Polanski when she was 13

Two months later, however, French former actress Valentine Monnier accused Polanksi of an "extremely violent" assault and rape in 1975, when she was aged 18, in the latest in a series of sexual assault accusations against the director.

Monnier said that the release of Polanski's most recent film had prompted her to speak out.

Despite the controversy surrounding the film, J'accuse was a box office hit in France at the end of 2019 and has done well in several other European countries.

This is not the first time the César awards have faced controversy because of Polanski. In 2017, he was picked to head the awards' jury, but later stepped down after the move sparked outrage.

Polanski has French and Polish citizenship, and has evaded various extradition attempts by US authorities.

France - where he lives - does not extradite its own citizens. A Polish court also rejected a US request when he was filming in Krakow in 2015.

How are the Césars awarded?

The César Academy, which numbers 4,680 cinema professionals, has also been criticised for being out of touch and dominated by older men.

Only 35% of the members are women and to be part of it you have to have had two sponsors and been involved in three films in five years.

All members who have paid their subscriptions (4,313 this year) hold a secret online vote to decide which films should be nominated and then ultimately which should win the awards. They are divided into categories including actors, directors and technicians.

The board which oversees the academy, the Association for the Promotion of Cinema (APC), is comprised of 47 members.

Unlike the Oscars and Baftas, however, members of the César Academy are not able to vote for the APC leadership. 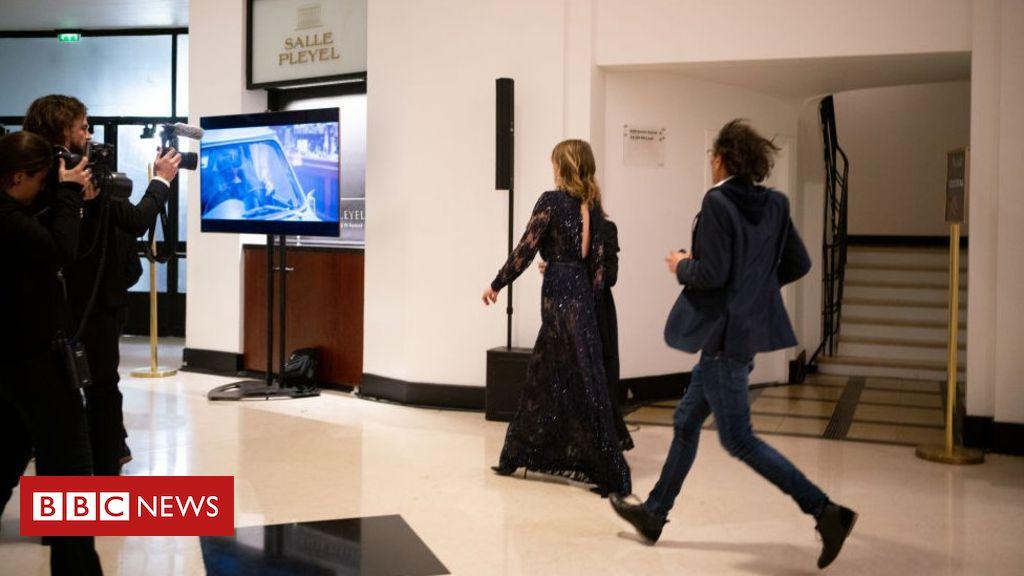