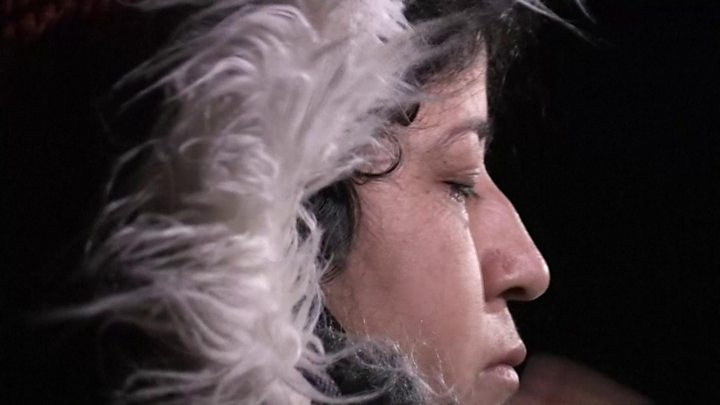 Greece says it has stopped nearly 10,000 migrants crossing over the land border from Turkey.

Separately, Greek police say at least 500 people on seven boats have reached the Greek islands of Lesbos, Samos and Chios, where camps for migrants are already severely overcrowded.

Turkey has vowed to open its doors for migrants to travel to the EU.

His decision came after at least 33 Turkish soldiers were killed in air strikes in Idlib province in northern Syria this week.

The EU's border protection agency Frontex said it was on "high alert" on Europe's borders with Turkey.

Turkey is hosting 3.7 million Syrian refugees, as well as migrants from other countries such as Afghanistan - but had previously stopped them from leaving for Europe under an aid-linked deal with the EU.

But Mr Erdogan accused the EU of breaking promises made in 2016, when Ankara agreed to help shore up the EU's south-western border.

Almost 10,000 migrants have been blocked from entering Greece in the last day, the Greek government has said.

Seven boats carried more than 300 people to Lesbos, four arrived on Samos with 150 and two on Chios with a combined total of 70 to 80 people, a police official told the Reuters news agency.

Groups of migrants have also been seen wading through a river to Greek soil at Kastanies.

Many blocked migrants have been sent to Evros, an area along the Turkey border. Image copyright AFP Image caption Migrants make their way to Greece

"Not only are they not stopping them, but they are helping them," he told Greece's Skai TV.

There were clashes between migrants and Greek police on Saturday after President Erdogan effectively gave the all-clear for migrants to head for the EU.

The EU said it was assisting Greece and Bulgaria - which also borders Turkey - in protecting the bloc's parameters. 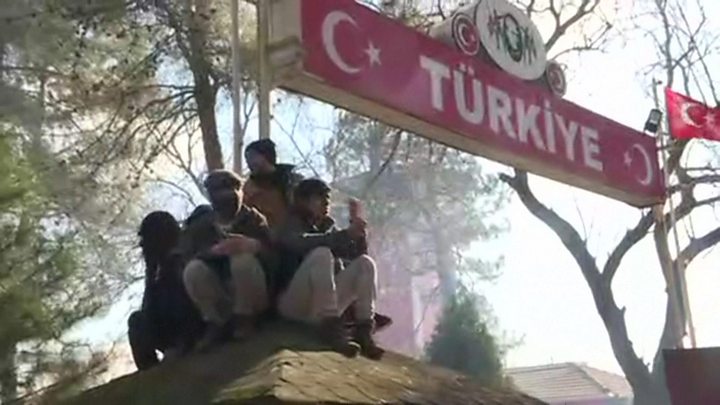 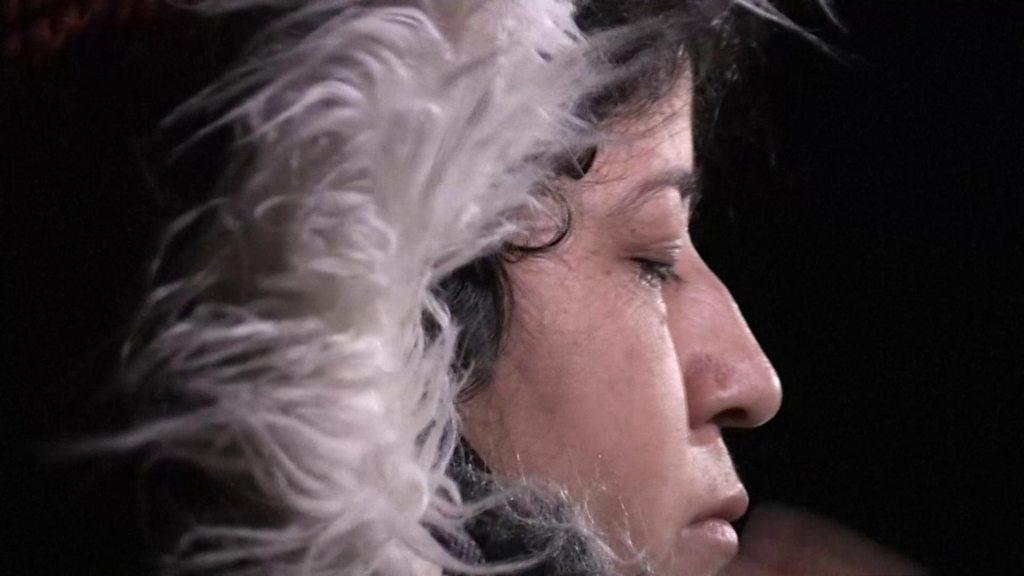