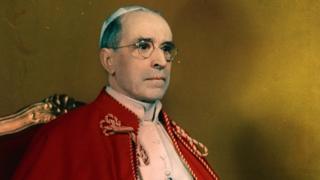 The Vatican has opened its archives on the wartime papacy of Pius XII, kept secret for decades amid accusations that he turned a blind eye to the Holocaust.

But the Vatican says Pius XII worked behind the scenes to save Jews.

Dozens of scholars are preparing to pore over the many documents. Image copyright AFP Image caption Journalists were shown a section of the Pius XII archive last week

Pope Francis took the decision a year ago to open up the archives on one of the Roman Catholic Church's most controversial figures.

"The Church is not afraid of history," the Pope told Vatican researchers.

Pope Francis said the Pius XII papacy was marked by "moments of grave difficulties, tormented decisions of human and Christian prudence, that to some could appear as reticence".

The official Vatican News website says there is a vast quantity of material, and much is now in digital form.

Bishop Sergio Pagano, prefect of the Vatican's Apostolic Archives, said the World War Two documents ran into millions of pages, divided into 121 sections according to topic.

All the space in the consulting area has been booked for the rest of the year, said Bishop Pagano, quoted by Reuters news agency. The scholars include some from the Holocaust Memorial Museum in Washington DC and award-winning German historian Hubert Wolf, a specialist on the Pius XII pontificate.

The BBC's Mark Lowen in Rome reports that the controversy over this papacy is thought to have halted his elevation to sainthood.

"There is no doubt that the Pope was aware of the murder of Jews," said Wolf, quoted by AFP news agency. 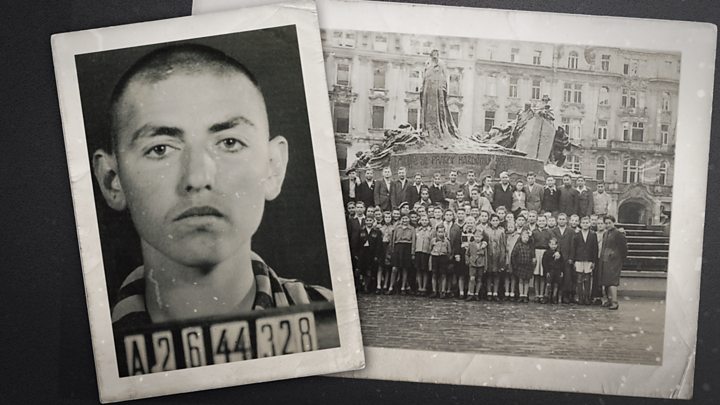 Media playback is unsupported on your device
Media captionHolocaust survivors: The families who weren't meant to live

Interventions by the Catholic Church saved thousands of Jews from the Holocaust - a fact acknowledged by the Yad Vashem research centre in Israel.

Those efforts were risky and lacked co-ordination. They were dwarfed by the scale of Nazi crimes, including the murder of about six million Jews.

In the 1920s the then Cardinal Eugenio Pacelli had witnessed the rise of Nazism as Holy See ambassador in Germany before returning to the Vatican and becoming Pope.

There are Jesuit documents sent to the Pope which informed him about Nazi concentration camps but historians have not yet seen any of his replies. Image copyright EPA Image caption A Nazi SS cartoon in 1937 lampoons Cardinal Pacelli - shown embracing a communist woman

Wolf says he is also keen to see any letters the Pope received from his ambassadors during the war.

The immediate post-war period also fascinates scholars because Western governments saw the Vatican as a key ally against communist influence, with the onset of the Cold War.

Historians still have many questions about the notorious "ratline" - an escape route facilitated by some Catholic clergy who helped Nazi war criminals flee to South America after the war.

Vatican News says Pius XII met "many people including war criminals, farmers, miners, sportsmen, journalists and sports psychologists, doctors, artists and astronomers", and the archives "will tell about those encounters". 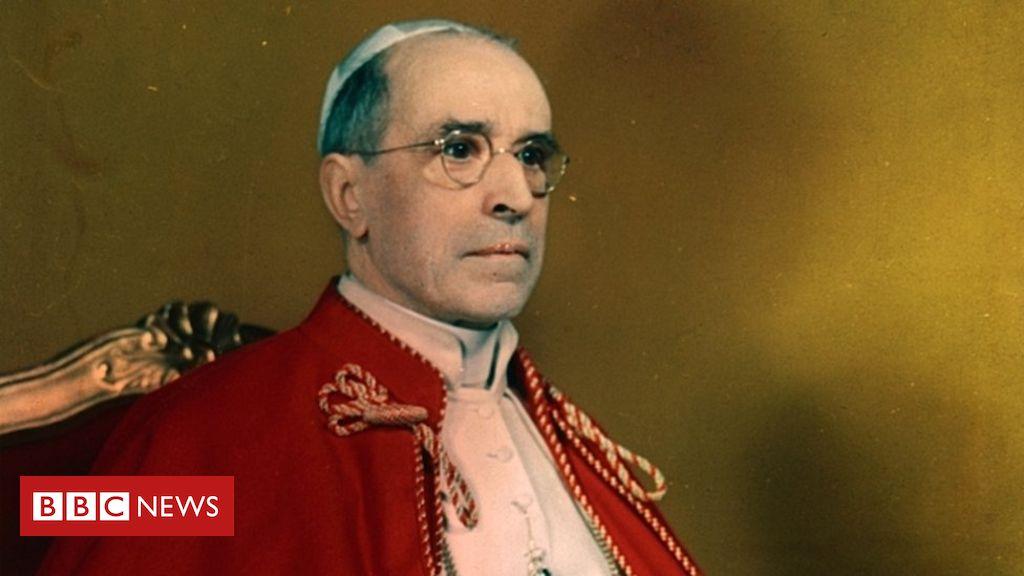