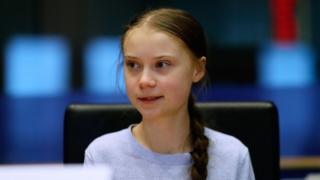 Ms Thunberg spoke in Brussels on Wednesday as the EU unveiled a proposed law for reducing carbon emissions.

If passed, the law would make it a legal requirement for the EU to be carbon neutral by 2050.

But 17-year-old Ms Thunberg dismissed the law as "empty words", accusing the EU of "pretending" to be a leader on climate change.

"When your house is on fire, you don't wait a few more years to start putting it out. And yet this is what the Commission is proposing today," Thunberg told the European Parliament's environment committee.

She said the law, which would give the EU Commission more powers to set tougher carbon reduction goals, did not go far enough. Image copyright Getty Images Image caption Ms Thunberg is well-known for criticising politicians on climate change

The law, Ms Thunberg said, was an admission that the EU was "giving up" on the Paris agreement - a deal which committed 197 nations to greenhouse gas reductions.

"This climate law is surrender. Nature doesn't bargain, and you cannot make deals with physics," the activist said.

She said its Green Deal package of measures would give the world "much less than a 50% chance" to limit global warming to 1.5C.

Countries signed up to the Paris climate deal have agreed to "endeavour to limit" global temperatures below 1.5C.

What is the EU's Green Deal?

Read more about the deal on the EU Commission's website

"Your distant targets will mean nothing if high emissions continue like today, even for just a few more years, because that will use up our remaining carbon budget before we even have the chance to deliver on your 2030 or 2050 goals," Ms Thunberg said.

Known for her impassioned speeches to politicians, Ms Thunberg has become a figurehead for the global climate change movement.

Her solo protest outside Sweden's parliament in 2018 inspired millions of young people to join her school climate strike campaign, Fridays for Future.

She appeared in front of a 15,000-strong crowd in Bristol in western England last week. She warned "those in power" she would "not be silenced when the world is on fire". 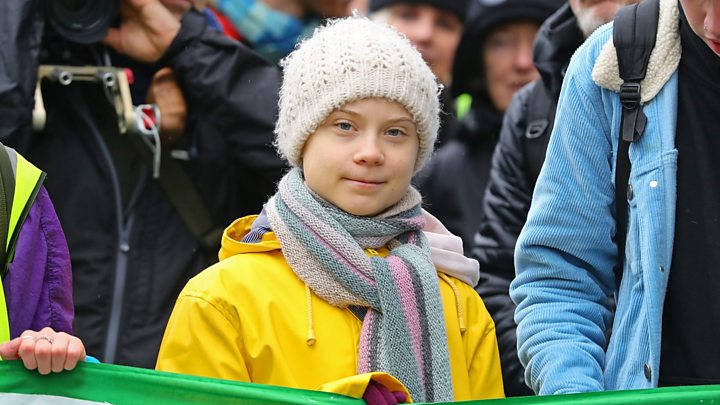 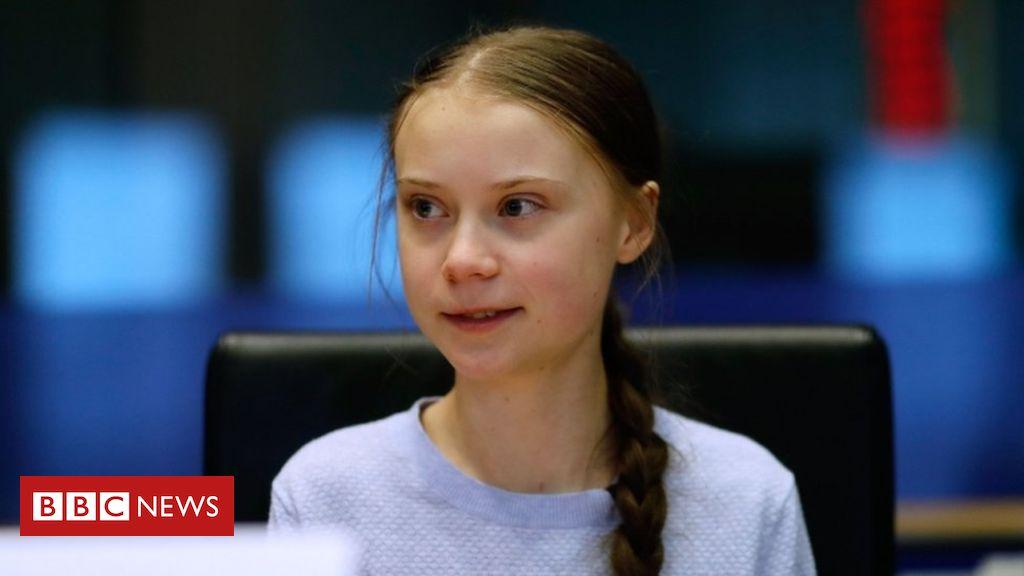