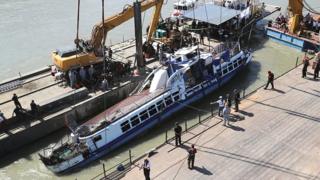 The captain of a cruise ship that collided with a small tour boat on the Danube, killing 28 people, has gone on trial in Hungary's capital Budapest.

The Mermaid, carrying South Korean tourists, sank within seconds of the collision during a rainstorm last May.

He is charged with negligence leading to mass casualties, and failing to help those in the water.

The disaster was the worst in 30 years on the Danube, Europe's second-longest river.

Hungarian prosecutors told the court on Wednesday that Mr Chaplinsky, 64, had failed to pay sufficient attention and had not properly focused on steering the ship for several minutes during the downpour.

"He did not sense the Mermaid's presence, did not radio or send out emergency sound signals," Mr Novaki told the court.

The Ukrainian rejected a proposed prosecution plea bargain of a nine-year prison sentence and a further nine-year ban on his boat licence.

He said he wanted a trial and did not comment further. Mr Chaplinsky had worked on the river for more than 40 years, 30 of them as a boat captain.

The tragedy on the Danube happened after weeks of heavy rain, which increased both the height of the water and the speed of the current.

Video images of the accident show the larger ship overtaking the tourist boat, the Mermaid, as it passed under the arches of Margaret bridge, both travelling upstream. 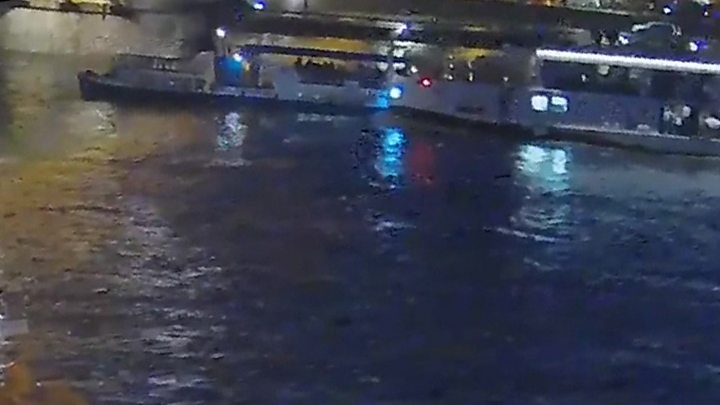 On the opening day of the trial, the prosecution argued that the captain was "distracted for personal reasons" during the crucial first five minutes after his ship, the Viking Sigyn, left its mooring. It also alleged no attempt was made to make radio contact with the smaller boat, and that no alarm signal to other ships was given.

Relatives of the South Korean victims were unable to travel to Budapest for Wednesday's hearing because of the coronavirus, but say they hope to come to Hungary to mark the anniversary of the disaster on 29 May.

Mr Chaplinsky has already said he is devastated by what happened, but does not believe it was his fault.

In June, he was accused of deleting data from his phone following the crash. Prosecutors said it was unclear whether the deleted data was related to the incident.

How did the accident happen?

The Viking Sigyn cruise ship struck the Mermaid tour boat just after 21:00 local time (19:00 GMT) on 29 May as both vessels passed under Budapest's Margaret Bridge.

Seven of the 35 people on board were rescued and several bodies quickly recovered, but others were swept away in the swollen river or trapped inside the boat.

Police said the boat sank within seconds of the collision.

"The current was so fast and people were floating away," one survivor, identified only by her surname Jung, told South Korea's Yonhap news agency.

One of the 28 people who died remains missing. Twenty-six of those killed in the disaster were South Korean. 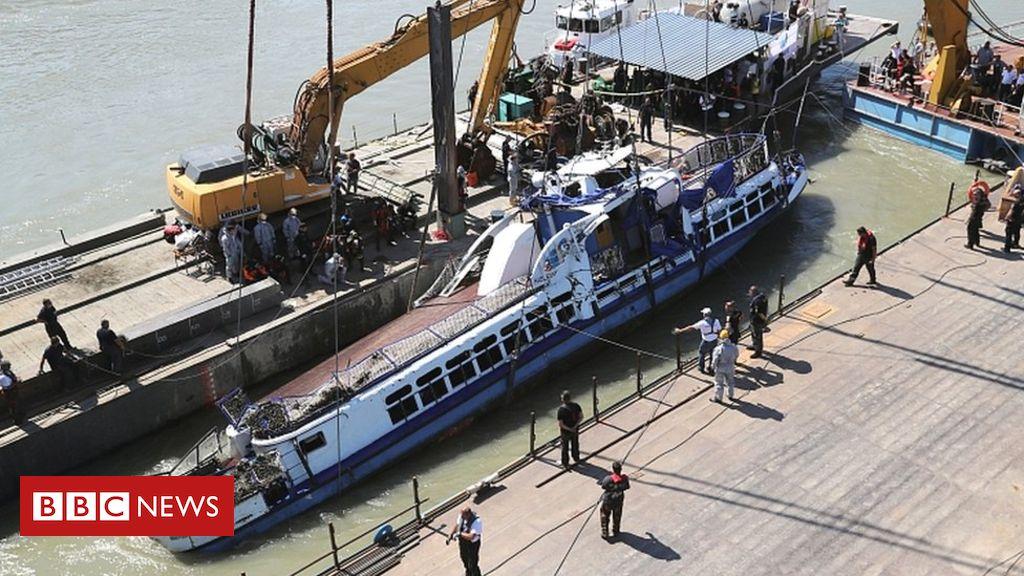