Stella at the entrance to the territory of the state Farm named after Lenin.

The company of Deputy Dmitry Sablin has started a new round of legal proceedings with the General Director of the "state Farm named after Lenin" Pavel Grudinin: it filed a lawsuit in which it tries to block his re-election. Grudinin calls Sablin's company "raiders", and his opponents insist that they are trying to stop the adoption of"underground decisions".

The company of state Duma Deputy Dmitry Sablin "Rota-agro" is trying to challenge in court the decision to convene a meeting of shareholders of "state Farm named after Lenin", the controlling shareholder and CEO of which is a former presidential candidate from the Communist party Pavel Grudinin. The corresponding claim "Rota-agro" and several minority shareholders of "Sovkhoz" filed in the Arbitration court of the Moscow region on March 11. At the shareholders ' meeting on March 19, which the plaintiffs are trying to block, the Directors of Sovkhoz must be approved for the next five years. According to court documents, the plaintiffs want to prohibit shareholders from voting on all items on the agenda, including the distribution of dividends.

Sablin's company became a shareholder of Sovkhoz, located on 2000 hectares of land near Moscow just outside the Moscow ring Road, in December 2019. Her 42-percent stake in the company was transferred to her by Grudinin's ex-wife Irina, who, in turn, got the package as a result of the division of property with her former spouse. Despite the fact that " Rota-agro>> declared about Grudinin's support in the further management of Sovkhoz, the businessman himself, in a conversation with Forbes, doubts the "good intentions" of the new shareholders and considers them "raiders". "Rota-agro" will not be able to secure a majority in the vote on March 19, so it is trying to disrupt it, Grudinin is sure.

"There is no question of any raider capture, "Dmitry Malbin, a lawyer for Rota --- agro and its co-owners, objects. According to him, the reason for the claim is that its principals do not disclose documents for voting, and the entire meeting agenda is "formed under Grudinin". The lawsuit was filed so that Grudinin could not make profitable "underground decisions", the lawyer insists. Director of the Lenin state Farm Pavel Grudinin

Sablin himself is not involved in the proceedings, his representative said. "Dmitry Vadimovich is a Deputy of The state Duma and does not engage in commercial activities," she explained. Questions about "the Farm" it redirected to "the Company-agro". There, as well as in the "Rota" group, they were not able to respond promptly to the Forbes request. Dmitry Sablin was unavailable for comment.

According to SPARK-Interfax, Sablin is a beneficiary of Rota-agro through Rota-development. Since January 29, 2020, Sablin's stake in Rote development has been managed by Asset style Management, owned by Dmitry Semyonov, Sablin's long-time business partner, according to SPARK.

"Rota-agro" as a plaintiff joined all the lawsuits in which "Sovkhoz" and Pavel Grudinin personally act as defendants, says a representative of Grudinin. The most high-profile proceedings around the "state Farm" is a lawsuit against Pavel Grudinin for 2 billion rubles for real estate transactions of the enterprise. The plaintiffs are the same minority shareholders who, together with Rota-agro, are now challenging the holding of the annual meeting of shareholders, and Grudinin's ex-wife. In October 2019, the court decided to recover 1.1 billion rubles from Grudinin. Grudinin, who denies any wrongdoing, challenged the court's decision.

"I don't have a billion or a hundred million. Therefore, the main task [of the shareholders of Sovkhoz named after Lenin, who filed a lawsuit] is to capture Sovkhoz through the withdrawal of shares from me, " Grudinin told Forbes in October 2019. The company itself will be required to pay a multimillion-dollar tax on potential profits, the representative of Grudinin notes. The money to pay the tax will have to be withdrawn from the company's accounts, which may lead to the bankruptcy of the company, he worries.

To restructure the court debt, Grudinin came up with an elegant solution, malbin says: he issued bills for the entire amount and sold them to Sovkhoz. The nuance is that the debtor himself, who is the General Director of the lender, will control the repayment of his own debt on bills, the lawyer notes. Rota-agro and minority shareholders are challenging transactions with promissory notes in the arbitration court of the Moscow region.

Grudinin also has a claim to the "Company". He believes that his ex-wife illegally assigned" Rote-agro "shares of" Sovkhoz " and first had to offer them to the current shareholders of the enterprise. He, his children and other shareholders friendly to the CEO filed the relevant claims against Sablin's structures and Grudinin's ex-wife in the Moscow region arbitration. 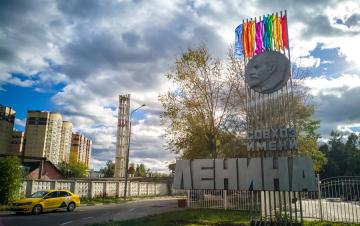