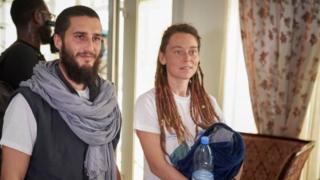 A Canadian woman and an Italian man kidnapped in Burkina Faso in 2018 are said to be in good health and spirits after arriving in neighbouring Mali.

Édith Blais and Luca Tacchetto, both in their 30s, apparently escaped and were picked up by UN forces before being transferred to Mali's capital, Bamako.

They appeared bemused when officials greeted them with elbows, before the pair were told of new social etiquette measures to help curb coronavirus.

Mali said no ransom had been paid.

None of the many jihadist groups in the region has claimed responsibility for the kidnapping.

Plans are now being made to repatriate the couple.

In a statement, Canadian Foreign Minister François-Philippe Champagne said that "Canada is very relieved" that the pair "are now free from captivity".

He thanked the governments of Burkina Faso and Mali, as well as the UN mission in Mali and other partners for "their assistance and co-operation over the past year in this matter".

The pair were wearing clothes of the regional Tuareg people and apparently stopped a passing car and told the driver to take them to the nearest UN post, according to AFP news agency.

However, Ms Blais and Mr Tacchetto have not publicly spoken about how they escaped captivity.

They disappeared on 15 December 2018 in the city of Bobo-Dioulasso.

At the time they were travelling in Western Africa and were making their way to Togo for a humanitarian project.

Canada has issued travel advice for Burkina Faso, due to terrorism and kidnapping. 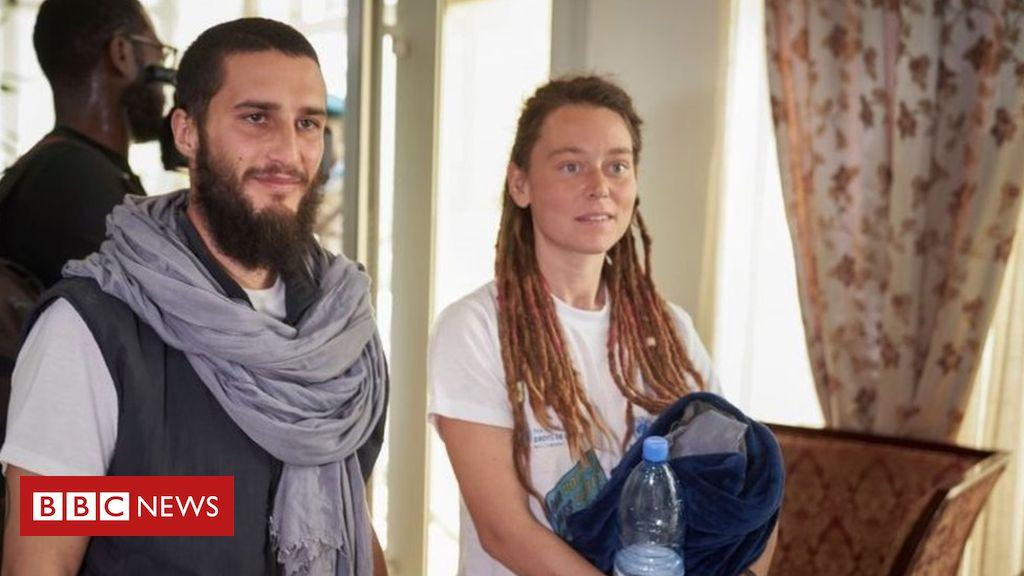