Getty Images Most Americans will not need to worry about a potential foreclosure or eviction while the coronavirus outbreak unfolds, based on government directives.

American homeowners and renters who are feeling the financial effects of the coronavirus outbreak will not need to fear losing their homes to foreclosure or being evicted during the public-health crisis, officials said Wednesday.

The U.S. Department of Housing and Urban Development will suspend foreclosures through the end of April, President Donald Trump said during a briefing Wednesday. Trump also said HUD would not allow any evictions through that time.

"The Department of Housing and Urban Development is providing immediate relief to renters and homeowners by suspending all foreclosures and evictions until the end of April," Trump said during the press conference. "We're working very closely with [HUD Secretary] Dr. Ben Carson and everyone at HUD."

Read more: The Fed dropped interest rates to 0% --- what that means for your credit cards and bank accounts

The evictions policy applies to those living in federally-funded public housing, while the temporary ban on foreclosures applies to people who have Federal Housing Administration mortgages.

Separately, the Federal House Finance Agency announced it had told Fannie Mae FNMA, -2.44% and Freddie Mac FMCC, -3.19% to suspend all foreclosure actions and evictions for at least 60 days because of the coronavirus national emergency. The suspension applies to homeowners who have a loan backed by Fannie or Freddie.

Previously, Freddie Mac and Fannie Mae said they would provide forbearance options to borrowers who were affected by the pandemic. Forbearance allows mortgage payments to be suspended for up to 12 months because of economic hardship that was caused by the coronavirus outbreak.

"This foreclosure and eviction suspension allows homeowners with an Enterprise-backed mortgage to stay in their homes during this national emergency," said FHFA director Mark Calabria.

Prior to Wednesday's announcements, many cities across the country, including New York and San Jose, had begun issuing temporary moratoriums on evictions during coronavirus crisis. These moves were supported by major industry groups, including the Real Estate Board of New York, the National Apartment Association and the National Multifamily Housing Council.

Consumer advocates argued that these policies were necessary as hundreds of thousands of Americans have their income and finances disrupted as a result of the illness outbreak. Avoiding evictions at a time when millions of people could lose income is also a matter of public health. "This pandemic is a stark reminder that housing is health care," said Diane Yentel, president and CEO of the National Low Income Housing Coalition. "Policymakers at all levels should immediately implement moratoriums on foreclosures and evictions." Jacob Passy is a personal-finance reporter for MarketWatch and is based in New York. 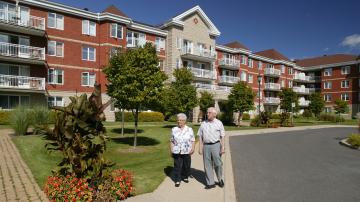