In Russia, prices for iPhones have started to increase

After the March weakening of the ruble, Apple's partners in Russia began to raise prices for iPhones. In some networks, the devices of the American company have already risen in price by 3-7%, or 2000-5000 rubles. Prices also rose for Korean LG products, as well as some other manufacturers of home appliances.

Apple sellers in Russia have started to raise prices for new iPhones, employees of three authorized partners of the company told Forbes. Some companies did so on March 20 and 21, one of them said.

The "younger" model of the iPhone 11 with 64 GB memory has risen in price by almost 2000 rubles, an employee of the salon of one of Apple's Resellers in the shopping center "Gorod" on Ryazan Avenue told Forbes. A similar price increase was reported by an employee of another retail chain in this shopping center. According to him, not only the cost of the new --- generation iPhone has increased, but also the 2018 and 2017 models-iPhone Xr and iPhone 8. About the rise in price of the iPhone in Russia also informed the website appleinsider.ru.

How much did they go up?

"Due to a significant change in the exchange rate, we were forced to adjust prices for a number of smartphones, "VimpelCom representative Anna Aibasheva told Forbes.

Representatives of MTS, Svyaznoy, and re: Store declined to comment officially. Forbes sent a request to Apple, DNS, and M. Video.

In March, the ruble weakened significantly after oil prices fell by more than 30%. Another negative factor for the Russian currency was the rapid spread of the coronavirus, which led to difficulties for electronics manufacturers.

From March 2 to 21, according to the Central Bank, the dollar rose from 67 rubles to 78 rubles, or more than 16%. The Russian currency weakened by 14% against the Euro, while the European currency strengthened from just below 74 rubles to 84 rubles. Participants in the electronics market allowed retail prices to increase if the dollar exchange rate exceeded 70 rubles, wrote Forbes.

After the weakening of the ruble, retailers noticed an increase in demand. The number of visitors to online stores "M. Video" and " Eldorado "over the past two weeks has increased by 25%, and sales of certain categories have increased by 20% -100%, a representative of the group"M. Video-Eldorado" told Forbes. Sales of washing machines and other large appliances, televisions, smartphones, and home office supplies increased, he said.

A Manager of one of Apple's Resellers suggested on condition of anonymity that part of the iPhone is now being bought for resale in the hope that prices will rise. The interlocutor of Forbes reminds that usually the difference between the cost of an iPhone in Russia and the price in the United States was "30 percent", but now "it is significantly less". In the US, the iPhone 11 with 64 GB of memory in the Apple online store on March 22 costs from $699. This is almost 56,000 rubles at the Central Bank's exchange rate.

Who else is raising prices?

Last week, a number of home appliance brands, including LG, announced a 5-20% increase in selling prices, one of their partners told Forbes. He also knows that Samsung has canceled some marketing promotions for home appliance sellers.

"Demand for home appliances is expected to be high," a Samsung spokeswoman said. But she did not comment on the cancellation of marketing programs.

A representative of LG confirmed that the company has decided to increase selling prices. The company raises selling prices by 4-8% for about 15% of TV models, the press service of LG reported: "the Next price increase is planned for April, but we will constantly monitor the situation in the market." The company admits that it will raise prices for household appliances by 6-9%. 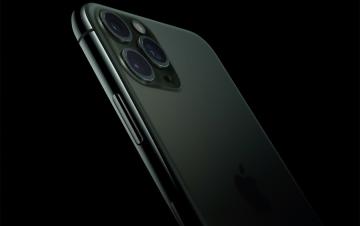