What's next for the U.S. economy? iStockphoto

'This is a planned, organized partial shutdown of the U.S. economy in the second quarter. The overall goal is to keep everyone, households and businesses, whole... It is a huge shock and we are trying to cope with it and keep it under control.'

That's Federal Reserve Bank of St. Louis President James Bullard explaining to Bloomberg News why he sees the U.S. unemployment rate hitting 30% in the coming months as the world continues to grapple with the coronavirus pandemic.

If his gloomy jobs projection proves to be true, unemployment would be worse than it was during the Great Depression and three times worse than the 2007-'09 recession, according to Reuters .

"Everything is on the table," he said, referring to additional lending programs from the Federal Reserve. "There is more that we can do if necessary... There is probably much more in the months ahead depending on where Congress wants to go."

With the appropriate measures, Bullard said he's looking for activity to rebound quickly.

"I would see the third quarter as a transitional quarter," with the following six months "quite robust" as Americans ramp up consumerism. "Those quarters might be boom quarters," he said. 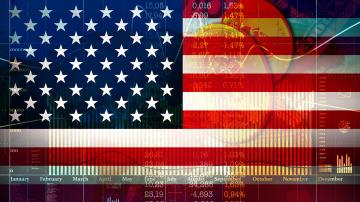