Ubisoft announced that today, March 24, 2020, for the action game Tom Clancy's Ghost Recon Breakpoint released episode 02. This happened simultaneously with the release of the 2.0 update, which introduced the "Ghost" mode and other notable innovations to the game. The update is available for owners of Xbox One, Windows PC, PlayStation 4, UPLAY+ (a subscription service of Ubisoft) and the new generation of Google's Stadia platform.

Update 2.0 is the largest update in Tom Clancy's Ghost Recon Breakpoint. It will bring:

A new storyline.It includes 8 tasks, during which you will team up with Sam Fisher --- the famous character from Tom Clancy's Splinter Cell. Together, you will uncover the conspiracy and put an end to the development of programmable drones on Auroa. The new gameplay will require the first manifestation of stealth skills. In the story videos, you can hear the voice of Michael Ironside. The adventure is fully available to year One Pass holders and can also be purchased separately. The first task and 2 rewards for it will be available for free to all players. Those who do not purchase the adventure will be able to complete it in joint mode with the owners of this content. In total, year One Pass holders and those who purchase an adventure will be able to unlock 10 exclusive rewards in the style of Tom Clancy's Splinter Cell.

Two new classes available in both PvE and PvP. Year One Pass holders are given a week of early access starting tomorrow, March 24.

Real Ghost mode --- a new mode available to all players for free. It takes realism and tactical planning to a new level thanks to its extensive personalization capabilities. If desired, you can play without equipment points and use the new realistic trophy system. Learn more about the new mode here.

Updated PVP modes:4 new maps and the ability to vote for maps.

Also, the 2.0 update will bring a number of features that the community has requested, related to camera placement, base jumping, sorting weapons and equipment, transportation, rebirth system, weapons business, and many others.

In addition, new players will be able to use the content of the 2.0 update during the weekend of free play on Xbox One, Windows PC and PlayStation 4 devices from March 26 to 29. 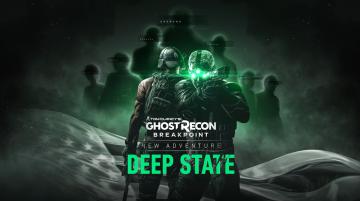