Blizzard Vice President Jeff Kaplan in an interview with blogger Stylosa said that the robot Echo --- the last hero for Overwatch before the release of the sequel. The development team led by Jeff is already preparing new characters for Overwatch 2 --- the second part will feature new tanks and supports. But in the first Overwatch, there will be no new heroes after the release of Echo.

The 32nd overwatch hero Echo was unveiled on March 18. It is already available on the shooter's test servers.

Echo is the latest technology: it is a multi-purpose adaptable robot designed to perform a variety of tasks on the battlefield. It belongs to the "Damage" category.

Echo was created by Dr. Mina Liao, a scientist from Singapore and one of the first members of Overwatch. Even before Overwatch, Dr. Liao was considered one of the most prominent experts in the fields of robotics and artificial intelligence.

Overwatch 2 will have a full-fledged PvE mode for four players, as well as new maps and the ability to customize the parameters and talents of characters. The exact release date is still unknown. 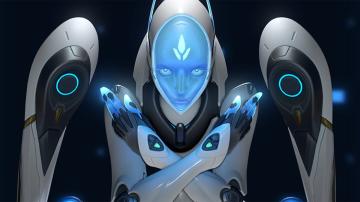