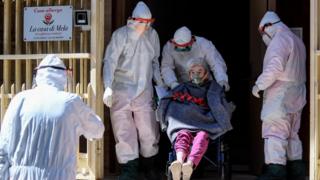 As nursing and care homes across Europe battle to stop the spread of Covid-19 among the elderly, France has revealed 1,416 residents have succumbed to the virus since the epidemic began.

Alarming cases have emerged in the Spanish capital Madrid, with reports of dozens of deaths in two nursing homes.

Residents were taken to hospital in the Italian city of Naples after a care home outbreak claimed several lives.

Cases have also been reported in 100 care homes around the Swedish capital.

Although authorities in the Stockholm region have not given figures, public broadcaster SVT says more than 400 people have been infected and about 50 have died.

What is happening in France?

For some time, French health officials have made clear the number of cases and fatalities they report every evening does not include nursing and care homes.

Top health official Jérôme Salomon first revealed on Thursday that at least 884 people in such homes had died since the start of the pandemic, and then on Friday the number rose to 1,416.

Even that figure is incomplete, as not all homes have passed on details. In all, 6,507 people in France have died of coronavirus.

The area worst affected is the Grand Est region near the German border, where two-thirds of care homes have been caught up in the pandemic. Regional health agency ARS says 570 elderly residents have died in the Grand Est. Image copyright Getty Images Image caption The number of cases affecting care homes in France is only now emerging

While it is unclear how many deaths were caused by coronavirus or if it is was a contributing factor, one care home director in the Bas Rhin area told French TV that he would normally see 10 deaths a year, and he had seen five in March alone.

What is happening in Madrid?

In Spain, where 10,905 people have died in the pandemic, the Madrid region has been worst affected with 4,483 deaths.

The president of the Madrid region, Isabel Díaz Ayuso, estimates that 3,000 people died in care homes in March and says that figure is 2,000 higher than normal.

Care homes have seen appalling outbreaks leading to a collapse in staffing. Last month the military was called in to help at retirement homes and found elderly patients abandoned and, in some cases, dead in their beds.

In two facilities alone there are reports of almost 90 deaths linked to the crisis.

The Vitalia home in Leganés, on the outskirts of the capital, has had a reported 43 deaths, while another 46 have died in the Reina Sofía de Las Rozas home. Image copyright Getty Images Image caption The suburb of Leganés has become one of the hotspots for the spread of the virus

Coffins were removed from the home in Leganés on Thursday. Of the 150 residents there, 99 have tested positive for the virus, Efe news agency reports.

'If only they hadn't wasted time'

Hundreds of deaths in residential homes were reported earlier on in the crisis in northern Italy, and infections have spread in homes further south in Naples.

Health workers in protective gear on Thursday moved elderly residents to hospital from La Casa Di Mela rest home, in an attempt to curb the spread of Covid-19.

The sister of one resident told local media that the home's managers had been pleading for tests to be carried out and it was only after someone died that they took notice.

"If only the ASL (local health authority) had not wasted all this time perhaps this outbreak could have been avoided," said a relative of one of the residents.

"My sister has mild symptoms, I hope they stay that way." 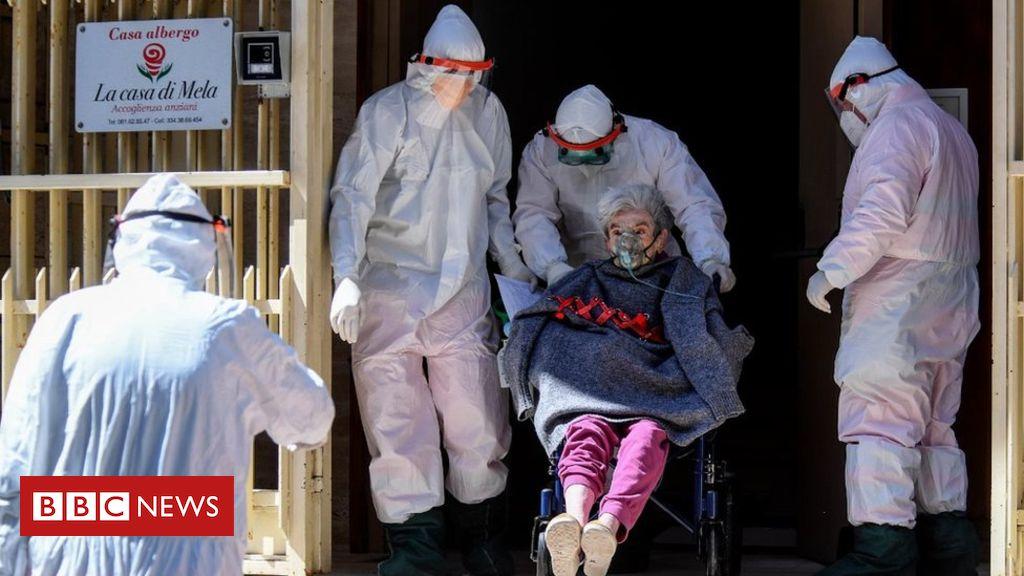