Romans-sur-Isère: Two killed and others wounded in France knife attack 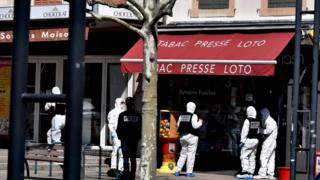 Two people have been killed and five wounded in a knife attack in south-east France, in what the interior minister described as a terrorist incident.

Witnesses said the attacker entered a tobacconist in the town of Romans-sur-Isère, near Grenoble, and stabbed the owners and a customer.

He then went to a nearby butcher's shop and attacked more people.

A suspect, described in French media as a 33-year-old man from Sudan, has been arrested.

At the time of his arrest, the attacker was "found on his knees on the pavement praying in Arabic", prosecutors said.

The man was not known to the police or intelligence services, news website France Bleu reported.

The motive for the attack remains unclear, but Interior Minister Christophe Castaner said during a visit to the town: "This morning, a man embarked on a terrorist journey."

Mr Castaner said it would be up to the National Counter-Terrorism Prosecutor's Office to establish whether the attacker acted alone. Image copyright Getty Images Image caption President Macron described the attack as an "odious" incident

In a statement, the prosecutor's office said initial investigations suggest the attacker had "a determined murderous course aimed at seriously disturbing public order by intimidation or terror".

During a search of the suspect's home, "handwritten documents with religious connotations were found", it said.

Prosecutors said they made an arrest of a second person on Saturday who, according to France Bleu, was living with the attacker.

Two of the wounded are said to be in a critical condition.

President Emmanuel Macron described the attack as an "odious" incident that further saddened a country already going through an ordeal.

"My thoughts are with the victims of the Romans-sur-Isère attack - the injured, their families," he tweeted.

France is currently in lockdown because of the coronavirus pandemic. People are only allowed out to buy basic necessities or for exercise.

The country has been on high alert since 2015, when Paris was hit by a series of attacks attributed to the Islamic State group. 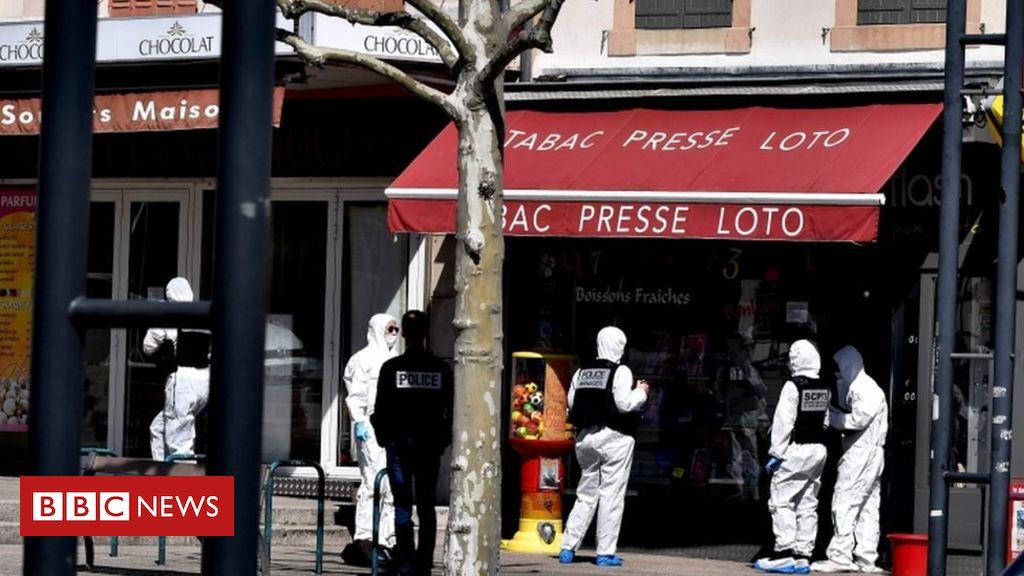