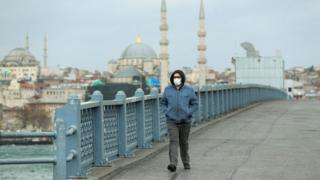 Turkish authorities have imposed new measures to limit the spread of coronavirus, as the number of infections continues to rise sharply.

Face masks are mandatory on public transport, in markets and other communal spaces, and 31 cities are now closed to all but essential traffic.

Turkey now has the ninth-highest number of cases worldwide, according to Johns Hopkins University data.

Some 1.3 million people have fallen ill globally and more than 70,000 have died.

President Recep Tayyip Erdogan has asked people to practice social distancing and stay "three paces" from one another. Schools are closed, many international and domestic flights are suspended, and mass prayers and public gatherings have been banned.

But critics - including doctors and opposition politicians - say more needs to be done. Image copyright Getty Images Image caption A man has his paper checked by a police officer outside of his vehicle

The government still has not imposed a full lockdown like those in place in European countries. Data suggests Turkey now has the fastest rising number of confirmed cases in the world.

Mr Erdogan imposed a nationwide confinement order on Friday, for those under 20 years old and anyone over 65 or with a chronic medical condition.

But age groups outside those brackets continue to work. And on Sunday, Mr Erdogan said those aged between 18 and 20 employed in the public or private sector are exempt from the curfew.

"When we counted there were about 1.1 million people using public transport on a work day, and we've seen a lot of private cars on the streets," key opposition figure and Mayor of Istanbul Ekrem Imamoglu told the BBC.

Asked if it was crazy how many people continue to move around, he replied: "It is, absolutely."

Growing calls for a lockdown

If you want to see what the coronavirus has done to Istanbul, Istiklal Street - or Independence Street - is a good barometer. This wide avenue is a mix of shops, restaurants, and fast food joints with a helping of Art Deco architecture.

On an average weekday it attracts about one million people - a pulsing artery in a packed city. Nowadays the shutters are down, the trams are empty, and there's just a trickle of passers-by. Just a month ago Turkey was still congratulating itself being virus-free. Some here had their doubts, especially since neighbouring Iran was hard hit.

Since the first case was confirmed - on 11 March - the virus has reached every corner of the country, all 81 provinces. President Erdogan has been trying to contain Covid-19 without shutting down the economy. Doctors, trade unions and the opposition say he has not gone far enough. There are growing calls for a total lockdown.

In Turkey - now as before - it does not pay to speak out. One or two medical professionals who did subsequently retracted their statements. More than 400 people have been arrested for what the authorities call "provocative" posts about the virus on social media. 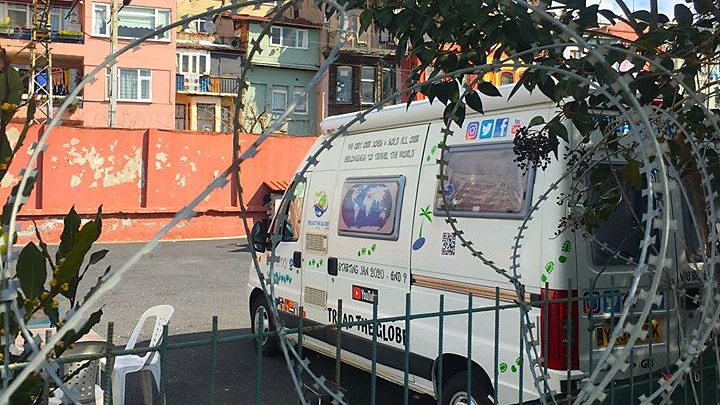 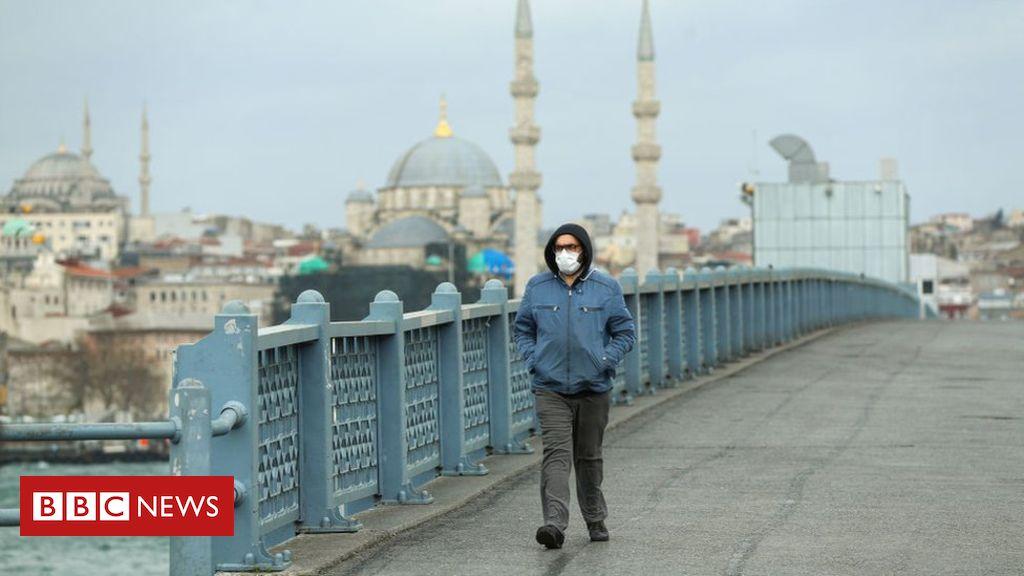