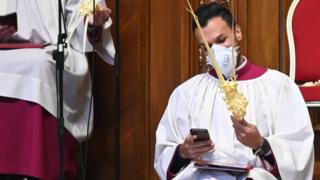 On Friday the Vatican will livestream Pope Francis's celebration of the Passion in St Peter's Basilica and prayer of the Stations of the Cross.

Portugal has not been hit as badly as Spain and Italy by coronavirus, but has now ordered people to stay at home, with police roadblocks to cut travel.

Poland, where Easter is usually marked by a huge outpouring of Catholic faith, has closed its borders, as well as schools, shops, restaurants and entertainment venues.

Deputy Health Minister Waldemar Kraska said some restrictions would be eased after Easter to "turn on the economy a little", but he did not elaborate.

In an interview with The Tablet, the Pope said humanity must draw lessons from the Covid-19 crisis, calling it a time to reconnect with nature.

"Let us not file it away and go back to where we were. This is the time to take the decisive step, to move from using and misusing nature to contemplating it," he said.

He cited a Spanish expression: "God always forgives, we forgive sometimes, but nature never forgives", and lamented the devastating wildfires in Australia and melting of polar ice attributed to global warming.

He also condemned the "hypocrisy" of certain politicians - not named - who spoke about tackling the pandemic and hunger in the world, "but who in the meantime manufacture weapons".

On a more positive note, he praised "the saints who live next door" - people like medics, volunteers and priests who were serving the community, to keep society functioning.

Describing the impact on him personally, the Pope said he was praying more and Vatican staff were working in shifts, to practise social distancing. They were relying on technology to reduce meetings, he added.

Milan, the city at the epicentre of the crisis in Italy, will reach out to Christians on Easter Sunday with a performance by tenor Andrea Bocelli in its empty cathedral, the Duomo.

The broadcast of sacred music will be streamed on YouTube. Bocelli, quoted by AFP news agency, said it would be "a prayer then, for Milan and for the world, in front of an absolutely painful, tragic and unsettling event".

More than 9,000 of the 17,669 deaths in Italy have been in Lombardy, the northern region with Milan as its capital. 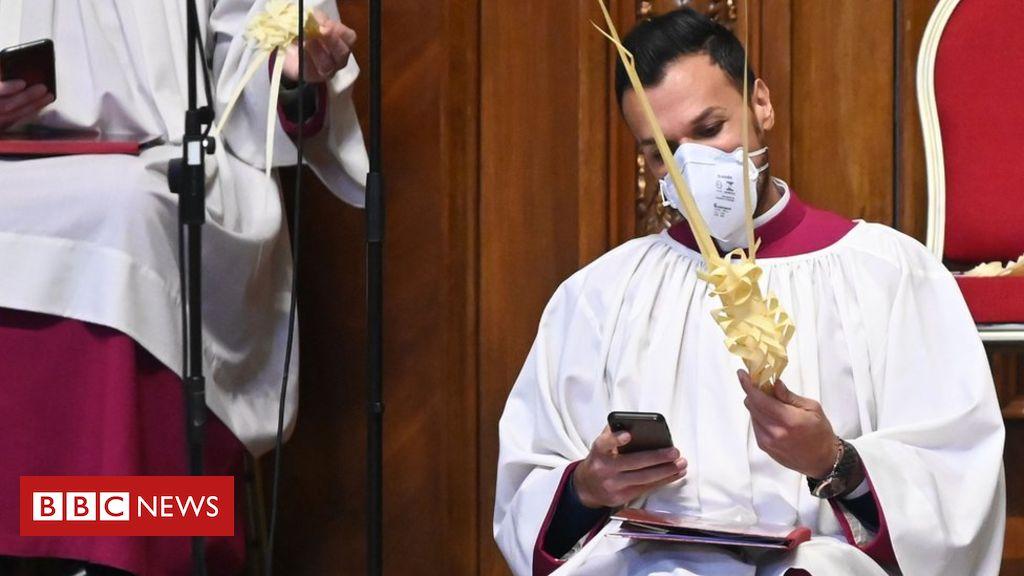