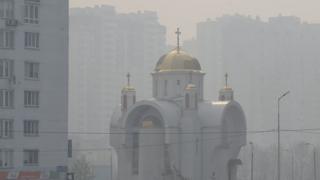 Acrid smoke from wildfires, including blazes near the defunct Chernobyl nuclear plant, has blanketed Ukraine's capital Kyiv, making its air pollution among the worst in the world.

The coronavirus lockdown is keeping most Kyiv residents at home anyway.

At one point on Thursday, according to the IQAir index, Kyiv's air pollution was the worst in the world.

But the dramatic global slump in economic activity, caused by the coronavirus pandemic, has made the air in many cities cleaner. That partly explains why Kyiv's smog looks especially bad now. Image copyright EPA Image caption Kyiv's residents are going out much less anyway because of coronavirus

The Chernobyl plant was the scene of the world's worst nuclear disaster in 1986, when an accident blew the roof off a reactor, sending a radioactive plume across Europe.

Firefighters have been tackling wildfires in the Chernobyl zone and in areas nearer to Kyiv, and there was a new flare-up fanned by strong winds on Thursday. But the emergency services say fire has not spread to the Chernobyl power station area.

The plant is surrounded by a 30km (19 mile)-radius exclusion zone, created in 1986 because of radioactive hotspots. It includes the abandoned settlement of Pripyat.

The ministry warns that the smog can cause headaches, coughs, difficulty breathing and inflammation. 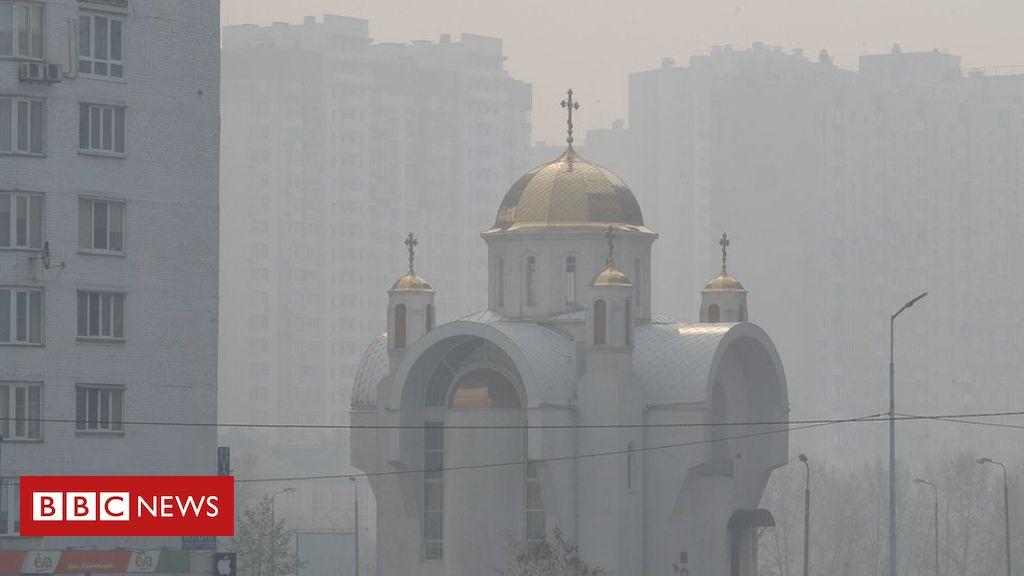