As the site transmits GamesIndustry.biz with reference to the analytical firm Sensor Tower , the number of installations of the Google Stadia mobile app has exceeded one million worldwide. The biggest jump in users was provided by the distribution of a two-month subscription earlier this month.

Important clarification: the service is also available on PCs, laptops, and TVs (via the Chromecast Ultra media player). In addition, users can download the app on Android or iOS, for example, just to get acquainted with the offers of Stadia, without signing up for the subscription itself.

The first full week of April, when the distribution started, was the most successful week for mobile Stadia --- the app was downloaded a total of 225 thousand on iOS and Android. In the first two weeks after the launch of the service in November 2019, the number of downloads was approximately 175 thousand.

Note that the sharp increase in the number of installations may also be associated with the coronavirus pandemic --- according to Superdata, mobile entertainment indicators have crept up against the background of the epidemic. 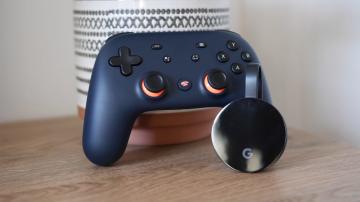