In Japan, the book-guide Final Fantasy VII Remake Ultimania became available, which also includes interviews with the game's developers. Excerpts of comments from Square Enix are provided by the Gematsu website.

According to producer ++Yoshinori Kitase++ , the team now has only a rough idea of how many parts should be in the remake. "It is widely believed that the game will be a trilogy>> ,- shares ++Kitase++, but emphasizes that there is no final decision at the moment.

As project Manager ++Tetsuya Nomura adds++ , the speed of release depends on the number of parts: if the authors decide to make fewer episodes, each of them will become larger, and the production time will increase. Myself++Nomura++likes the idea of breaking the game into smaller pieces so that they come out more often. But, again, the team has not yet come to a consensus.

Earlier, both developers mentioned that Square Enix has already started production of the next part of Final Fantasy VII Remake . ++Nomura++ spoke about this at least in November 2019.

When the next Chapter of Final Fantasy VII Remake will be released, it is difficult to predict. On the one hand, judging by the first series, Square Enixis aiming for a fairly long duration of each episode with serious plot changes. On the other hand, many elements of the remake are already ready, so the development of the sequel should go much faster. 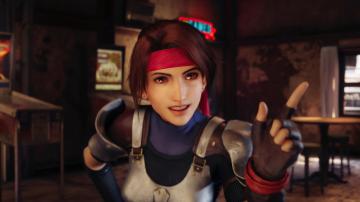