The survivability of Dying Light can be envied by other game zombies-Techland continues to support parkour action more than five years after its release. This summer, the game will get the Hellraid extension.

Initially, the name Hellraid was an independent action film with a first-person view, which took place in a dark fantasy universe. The game was supposed to be released on PC, PlayStation 3 and Xbox 360 in 2013, then Techland abandoned the versions for PS3 and X360 in favor of more current consoles, and in 2015, the project was completely frozen. The DLC for Dying Lighttakes us to the world of the dead game, namely Hell.

The Supplement will be available on PC, PlayStation 4 and Xbox One this summer.

The original Hellraid is still in the freeze --- the developers , according to them, do not plan to return to the project. Instead, Techland focused on producing Dying Light 2and an unannounced game on new intellectual property. 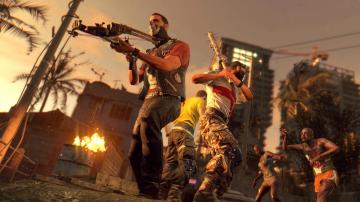