Along with the premiere of the debut trailer forAssassin's Creed Valhalla , several Western sites publishedadditionaldetailsabout the game based on interviews with developers. As usual, we have collected the most interesting information in one list.

The action game will be shown on may 7 as part of the show Inside Xbox . There, Microsoft also presents the gameplay of other games from third-party studios for the Xbox Series X. 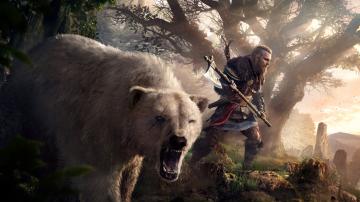